Let’s Look: Akuma no Riddle Episode 7: How Old Are You, Shuto-san?

We are just getting back to back awesome episodes!

Let’s see who wants to kill Haru this week. 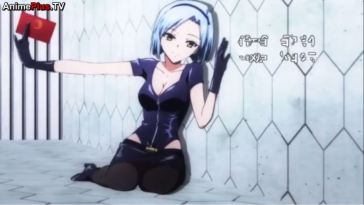 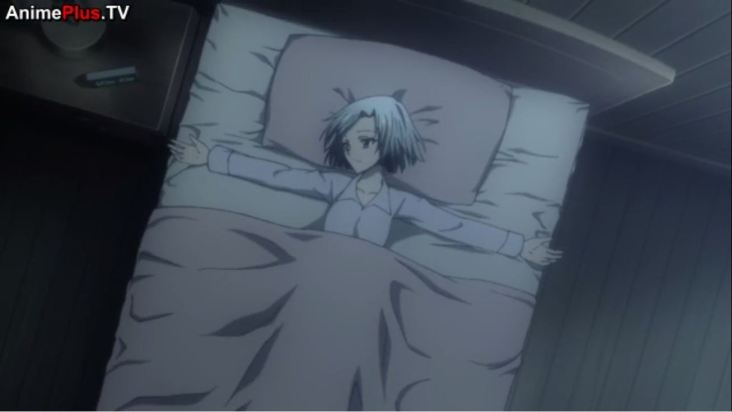 I’m not going to lie I didn’t expect the twist in this episode. It’s something that doesn’t pull you out of the story but it definitely throws you for a loop.

As for backstory, I really think that Akuma no Riddle should have gotten a 26 episode season because this little tidbits of backstory is really getting on my nerves. It’s good stuff but it’s so little especially here with Suzu.

Turns out that Suzu Shuto has Highlander Syndrome, which is a disease that gives the inflicted eternal youth and eternal life. If you seen the movie Highlander it’s the exact same thing.

Anyway she had a friend that had a birthday right after hers, July 15th. However because of her Highlander Syndrome she never aged and eventually married someone else and later died.

Moving on to the episode, Suzu decides after a long school day for all of the girls in the Black Class to take a nice break at an indoor water park. So of course you know what this means.

Aw I wish Nio had a more sexy swimsuit but a wetsuit has cuteness in a certain way.

Now it ain’t the Black Class without someone trying to kill Haru.

Suzu’s making her move and she decides to make it a game. The collar’s going to explode at midnight and trying to cut it off will make explode automatically. The only way to get it off is to find the four cards that have the numbers for the code. 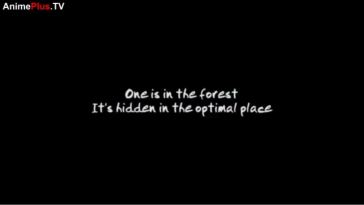 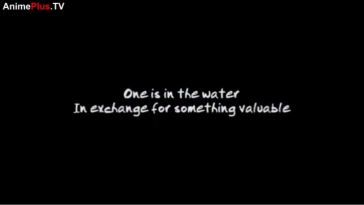 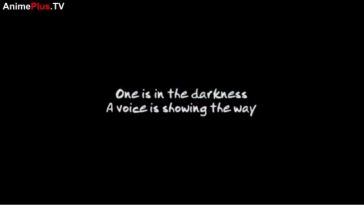 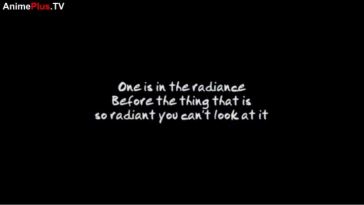 So where are those hints?

Then the other girls decide to do some watermelon splitting for some fun while Tokaku and Haru are in the water looking for one of the hints.

Tokaku guesses that one of the cards might be in the watermelon because the inside of watermelon would be dark and the other girls talking about would be showing the way. 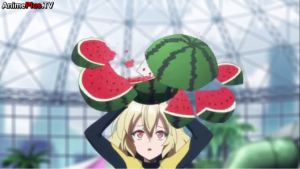 Looks like she’s got one of the cards. Good move Tokaku.

However there’s a way around all of these search games and it looks like Banba and Sumireko figured out. 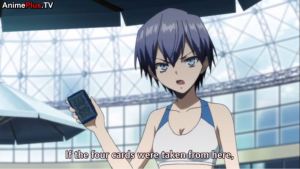 Looks like Tokaku figured it out and the only cards that aren’t in the deck are the 7s of the four suites. Let’s see how that works… 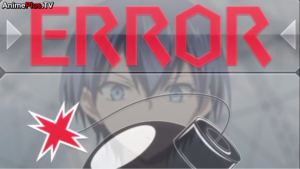 Come on girls! Nio outright said that 7777 is one of the three combinations that you shouldn’t use for a password.

Next scene is the teacher looking at some of the students records and he stops when he looks at Suzu’s record.

Then we go to the next scene which is at sunset. 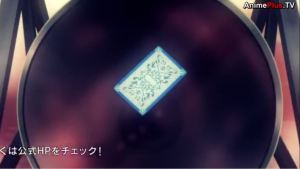 Ah now that’s clever, putting it in the light like that.

So what about the next ones…

Haru actually figures it out which shocks the hell out of me. I thought she was going to sit there and chill while Tokaku figured everything out. 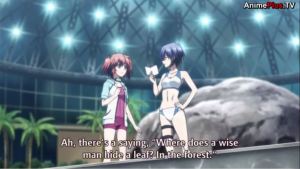 That gives Tokaku an idea to check in the cards because the saying works both ways. The best place to hide a card is in a deck.

Then we get this. 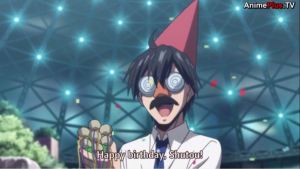 So after the teacher is kicked out, Suzu explains her past about how she has Highlanders’ Syndrome which prevents her from dying and gives her eternal life. She had a friend who born the year after, her the day after so she was always older. 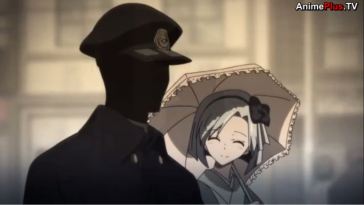 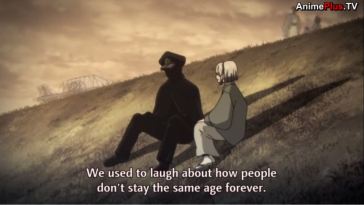 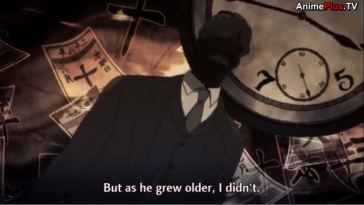 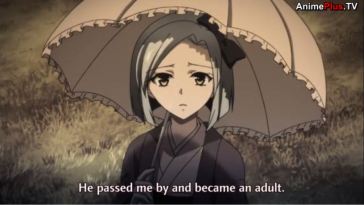 Now look at the pictures. They’re in a sepia color which of course always hints that something’s old. However look at what Suzu’s wearing, a kimono with a parasol. That was more common during the Meiji period. Combine that with her friend always wearing a suit leads me to think that she was born during the Meiji period, making her anywhere between 142 and 102. That’s old!

Anyway back to the episode. We’ve got one card left and it’s in the water. 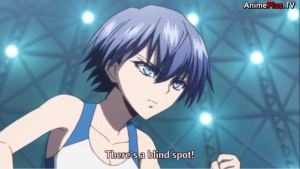 Tokaku’s definitely one of the smartest girls. If she wasn’t protecting Haru’s she’d be dead. However… 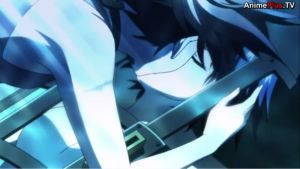 Wow the first time Haru wasn’t just sitting around and that kiss!

But to get Tokaku out they had to sacrifice the card so they’ve got to figure out the last digit. we’ve got 7, 0, 1.

So we’ve got only a two more tries and less than a few minutes so Isuke puts in a guess and she fails.

Since they girls know that today’s Suzu’s birthday they think that the password’s her birthday. But Nio says that ‘s another one of the most common passwords. 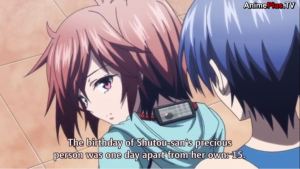 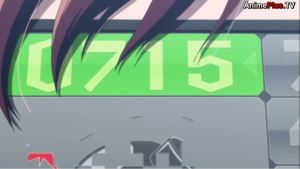 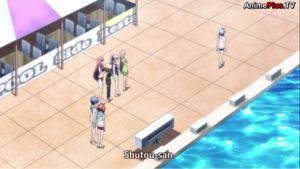 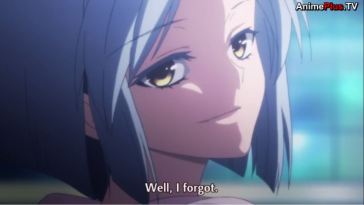 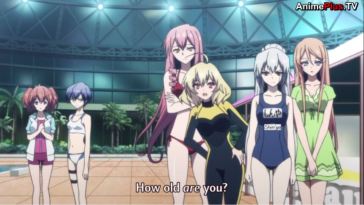 She looks so sad…this was her only chance to get to die. Darn you Haru and your need to stay alive!

I can’t wait for the next episode. We’ve got a lot of good episodes one after another.

Personally I think that Mahiru/Shinya Banba is up next because of the ending talking about the two gatekeepers, one good and one evil. That describes Banba perfectly.

So until the next episode
Later Days