Let’s Look: Date A Live 2 Season Finale: How To Save Two Fallen Angels

Here we are at the finale. Now it’s time to save two Fallen Angels.

Now the stuff before the opening is just Shido getting stabbed by Ellen.

After the opening we get this.

The whole room’s covered in this purple darkness and when it disappears we see this.

The Kingdom Sephira has fallen

Now for a bit of backstory…it’s quick! I promise. Now the Spirit’s Inverse form, triggered when a Spirit reaches an emotional negative. It’s only happened twice in the series, once is here with Tohka when Shido got stabbed by Ellen. The other is in volume 10 when Origami despaired after she realized she was the Spirit that killed her parents. Now for the biggest fact, this is the Spirit’s true form in the dimension they come from. Now imagine an Inverse Kurumi…poor reality.

Back to the story.

Inverse Tohka ask Miku where she is and why she’s here. To which Miku explains that it’s DEM’s Japanese Branch and she was kidnapped by Ellen.

Wescott comments that everything they’ve been working for has come true and he orders her to fight Inverse Tohka.

Now this is set up to be an awesome fight…but we switch to Mana vs. Jessica Bailey. 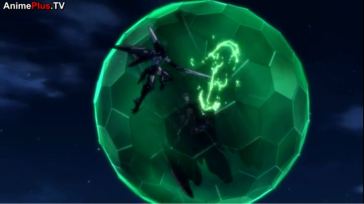 Looks like Jessica’s got Mana on the ropes but…

Looks like she’s coming up on her time limit.

As Jessica gets weaker and weaker, her shot gets wilder and wilder until she’s not even hitting anymore.

Jessica questions why Wescott and Ellen put her a young Asian girl to such an important post in DEM. She wanted to be Adeptus-2. Looks like someone’s jealous.

Mana comments that Jessica’s always been jealous and ambitious but she’s loyal which she respects. You can’t deny that loyalty’s important but when you’re loyal to a bastard like Wescott.

It’s over now. Jessica asks if Wescott will acknowedge her now? Mana…what will you say? Tell her the truth? That Wescott doesn’t give a damn about her? Or let a dying woman have some peace before she dies?

Wescott’s a bastard. No other words need be used to describe him. He used Mana and cut her lifespan down to ten more years and she’s only fourteen! She’ll die before she even gets a chance to live. Jessica got so much power stuffed in her that she only had one day to live.

Let’s go to the next scene.

Now this is the type of power that Tohka had before she was sealed. She isn’t even trying!

Then Ellen blows the roof trying to get rid of Tohka but it doesn’t work. Now guess whose turn it is? 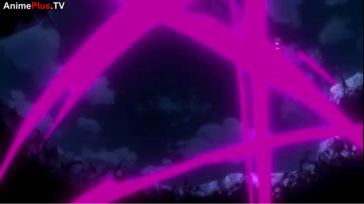 Miku protects both herself and Shido with her voice. While across the room, Ellen saves Wescott. Wescott asks if she can keep fighting and Ellen says that she can’t fight Tohka now because she’s not at her best because she got cut by Origami.

Now that’s just a scratch. All I hear is coward. 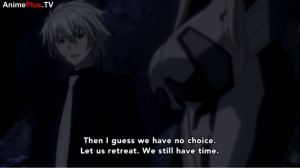 So you fuck up the world by causing a Sephira Inversion and then you just run away?! Get back here and fix it!

After Wescott and Sneaky Ellen make their escape, Inverse Tohka attacks Miku and Shido but looks like normal Tohka’s still got their backs.

Inverse Tohka asks why does he possess an angel. While she’s answering, Kotori gets a message through and tells Shido to remind her who he is and do the same stuff as usual. Sweet talk the Spirits and make them fall for him.

See Funanimation, your tagline got him blasted off his feet.

Now looks like Miku’s about to go at it. 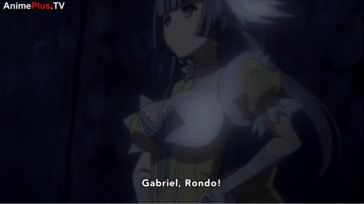 Well she’s screwed and she wore out her voice. 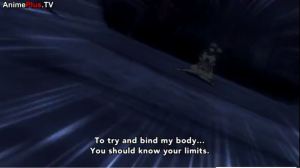 Then we get a flashback from Miku, saying that she only felt useful and happy with her voice. Now that she doesn’t have her voice, she’ll be thrown away again. But despite that she wanted to see one person truly love another person from the bottom of their heart.

And then we go to commercial with Shido calling out for Miku.

After the break, we see all the Spirits awakening from Miku’s mind control and Origami trying to rush in and save Shido before passing out. That’s cool but not as important.

Now remember the title? How to save a fallen angel? This is how to save the first one.

You save a fallen angel by keeping your promise.

Now this scene is definitely the big scene of the light novel 8 and it’s been floating around for a bit. Take a look at the original.

Anyway Shido says the reason he saved Miku because he promised. 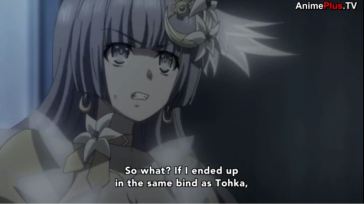 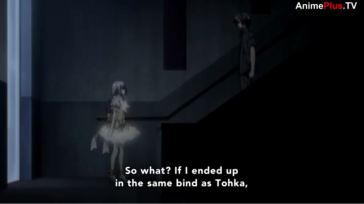 Now we go over to Inverse Tohka who’s straining herself saying Shido’s name. She raises her sword and does this!

There are 10 levels of being screwed. This is level 11.

Shido asks Miku to run but she hugs him and begs him not to break his promise. Inverse Tohka’s about to attack but…

Looks like Death’s late to the party. Don’t worry he’ll be there soon. 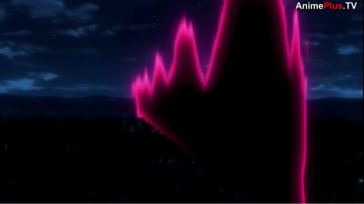 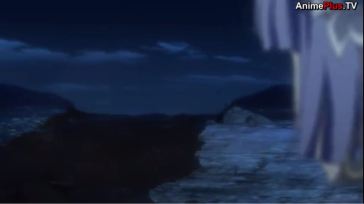 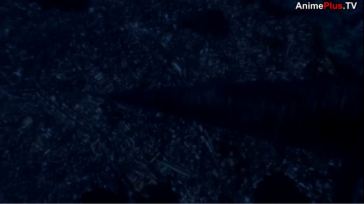 Now this is the power of Sephira Inversion. Even at full power without a spatial quake no one Spirit has caused this much destruction in one shot. 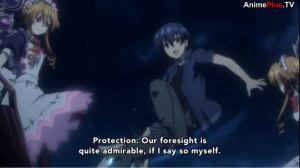 Thanks to the Yamai girls for saving the day but the battle’s not over yet.

Shido drops down to Tohka and you know what he does…

Inverse Tohka has a flashback about all the good times she’s had with Shido and it really proves how much Shido changed Tohka.

After that the sun rises and we see Kurumi commenting that her target wasn’t in the DEM Building before she disappears into the shadows. 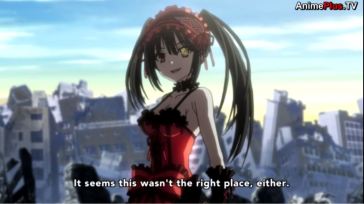 So after that we’ve got Shido at the Tengu Square with Miku and she calls him Darling. I’m guessing someone’s changed their tune. 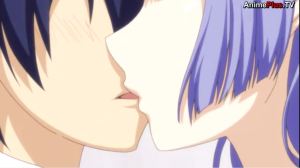 And with that Shido’s sealed up six Spirits. Our man might be getting good at this.

After that Miku comments that the reason why she asked for him to come is because he promised to always listen to her songs even when no one else would. She says like he’s the only good guy and he’s the only one that she can trust. Now that’s sweet but remember she’s naked while she’s saying this. Anyone can just come by and get the wrong idea. 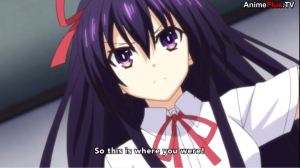 So we go to the ending credits where Miku’s singing the ending song. It’s an awesome ballad and I really can’t wait until it comes out.

Of course we can’t end Date A Live without a little misunderstanding. At the end of her song, Miku says that she loves Shido and calls him Darling again.

Aw man. Don’t you know he’s got a harem of girls that would get angry? 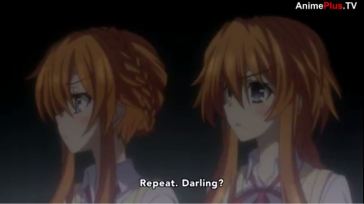 And with that we end Season 2.

But there’s a bit more!

A Date A Live Movie! Now that’s some good stuff! I’ll definitely keep you guys updated on it both on here and on Twitter. So now for final thoughts.

Date A Live 2 had itself a slow start with a filler episode right off the bat. Not a good start and the Yamai twins arc was at least at the beginning very fanservice heavy. However true to the standard Date A Live set itself up for it came through at the end. I feel the same for the Miku arc as well. Not much happening at the beginning but a great ending. Personally I believe that we had a half decent season here, not all good but not all bad. At the end I give Date A Live 2 a 7/10.

So make sure to keep coming around. Until the next post,
Later Days

Side Note: Sorry for not having my reviews out this week. A lot of stuff has been happening with my computer. I’ll make sure to finish all the past reviews today and post the new Akuma no Riddle and Fairy Tail reviews sometime this weekend.