Spirits. Different life forms that exist in a critical space and cause peculiar disasters.

Strategy 1: Annihilate them by military force.
Strategy 2: Date them and make them fall in love.

Hey everyone. It’s Deven coming to you with another Date A Live Speculation. Now since the end of Date A Live 2, it’s not much news for Date A Live other than the movie coming out and the OVA thats coming out this winter. So I’ll try to keep you guys entertained with some speculation posts.

The first one we’ve got is the big one. You know me I always want to start off strong.

Will the anime get a third season?

First off on the list is the sales of the first season, only subbed since the Funimation dub hasn’t been out very long. I’ll also throw in the two video games, Date A Live: Rinne Utopia and Date A Live: Arisu Install. During the week of June 24, 2013 to June 30, 2013, Date A Live came out on Blu-ray. Now according to Anime News Network, it premiered at 8th with 7,171 copies sold. Pretty good for a first time out.

During its first week(June 24, 2013-June 30, 2013) it sold 23,340 copies. Now what’s unique about this according to TvTropes.com’s page about Date A Live there was a large influx of orders from other countries such as America. Why? Because the game is basically a dating sim where you can date all the Spirits that had been introduced at the end of the first season including Origami but most of them came for Kurumi. So add Kurumi’s popularity plus an ending with you get to marry her that got the Americans as well as a lot other countries that had no idea how to speak Japanese on the bandwagon.

During the week of June 30, 2014 to July 6, it sold 4,383 copies. It’s low right. Completely true but the game came out the week before those stats came out. The week that it came out it sold 9703 sales! And it’s still climbing. It’s a rinse and repeat as the same as Rinne Utopia. You can date and fall in love with all the Spirits that had been introduced at the time in the anime including Miku, Kaguya Yamai, and Yuzuru Yamai. So it’s guaranteed to be a good time just by having Kurumi.

So with good stats like that at the beginning it’s safe to say that people loved the first season. We’re still waiting the sales from Funimation’s dub but I’m hoping for a good haul.

Next up is Light Novel sales. Now this info is really fresh. Like only a few months old. The stats for the top selling Light Novels was released a two months ago and Date A Live is on there twice. Once at 18th for the most recent volume 10, Angel Tobiichi. It’s there again at 22nd for volume 9, Natsumi Change. Now it’s not top ten but out of the thirty most popular Light Novels in Japan, Date A Live got on the list twice which is awesome.

So it’s pretty much locked up on the Light Novel side. We got to wonder though. Is it’s rank going to go up even higher after the release of the volume 11?

Next up is how much of the Light Novel has been adapted. Now unlike long runners like Naruto and One Piece, Naruto more than One Piece, seasonal anime don’t have much room for filler. Also filler is well hated in anime community. We know why the studios do it but doesn’t mean we have to like it. Now we look at how far the anime is from the Light Novel.

Now the first season of the anime adapted the first four Light Novels. 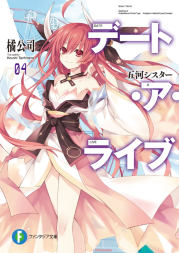 Then the second season that just ended adapted the next three. 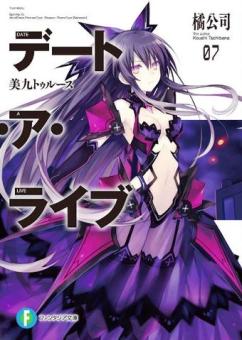 The only ones that haven’t been adapted yet are Search Natsumi, Change Natsumi, and Angel Tobiichi. 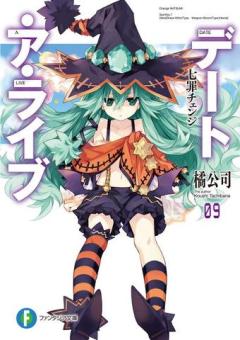 Now the big question is why? Why didn’t the anime go further? Well the answer is pretty simple.

The last one, Angel Tobiichi came out the month before the Spring Anime season started. There’s no way that they’d be able to add in all the stuff that happened in the Natsumi arc and add to the fact that the Spirit Origami arc isn’t finished yet. Which is the reason why this season only had ten episodes as opposed to twelve or thirteen.

But I’m getting off track. The anime does still have a fair bit of stuff to still adapt. Personally I can’t wait to see the volume 10 adapted.

Another big part is characters. Come on guys you know there’s some anime you only look at because some of the characters are your favorites. Date A Live is no exception. And according to this:

A lot of you guys come for some Tohka!

As well as a whole lot of Kurumi! 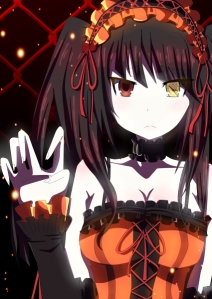 With characters this awesome and well loved(Seeing as you guys buy games you can’t understand without a translator), Date A Live’s got some good characters.

Next up is how much do you want it or basically how big is the hype? So this is all up to you all. Date A Live could have the best video game sells, anime sells, and be the best Light Novel in the world but it doesn’t mean anything if you don’t support it. That means buying the merchandise! Get your Date A Live DVDs, Blu-rays, your t-shirts, plushies, and video games out the wazoo. Why? Because companies measure how good an anime is by how good the sells are, not by how much you talk about it. Because talk is cheap but buying something shows that you love it.

So at the end of it all the third season of Date A Live depends on you. We’re counting on you.

Until the third season and the next speculation,
Later Days

You can ask me as many questions as you want onAsk.fmand you can follow me onTwitterto know when my new reviews are coming out. You’ll also be update on what’s happening.

2 thoughts on “Date A Live Speculation #2”