Spirits. Mysterious girls appearing from another world. To fight against their pure strength with weapons, or to address them with love. Now mankind must choose.

Inner Writer: Hey Deven you haven’t done a Speculation in awhile. What’s up?

Inner Writer: Come on! Do a Date A Live Speculation. You can do it about the Astral Dresses. Come on you know you want to.

Warning: Religion will be talked about during this post. It’s part of the series and I won’t get on a soapbox and talk about that type of stuff. We’re here to have fun and love our fandom. That’s it.

Hey everyone. It’s Deven once again and I’m coming at you with another Date A Live Speculation Post. I feel like I’ve been slacking on the Date A Live stuff especially after the How To Be An Anime Blogger Post where I said I want to be the expert on Date A Live. So I’m coming back to you with something awesome. Astral Dresses!

Astral Dresses or Spirit Armor is the Spirit’s clothing created by their power. Spirits can change it into whatever shape, color, style, or appearance they want. They seem to be very durable, sustaining both the AST attacks as well as DEM’s Realizer’s attacks.

Also all of the Astral Dresses used are divine names of God representing each Sephirah in the Kabbalah Tree. See this tree keeps coming up. Remember that tree in the 2nd season opening, I think that might be it.  I can’t be sure but just guessing.

She’s the first girl so she goes first!

Tohka’s Astral Dress is called Adonai Melek which translated from Hebrew is ‘God is King’ This dress definitely works with Tohka’s theme of being a knightly princess.

Yoshino’s Astral Dress is known as El which means simply God in Hebrew. However the names of The Divine One and Almighty One can be inferred from this name. I can’t say anything about this one without getting smited it so I’ll move on. . . 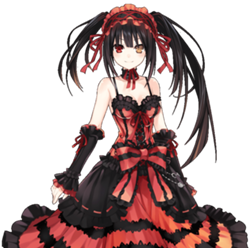 Kurumi’s Astral Dress is called Elohim which like Yoshino’s simply means God. Also like Yoshino I can’t say anything without offending someone. Granted I somewhat enjoy offending people. I won’t do it with religion though.

Kotori’s ‘s Astral Dress is known as Elohim Gibor which means God of Battles. This is one I can talk about. You can see this while Kotori fights against Kurumi as her Spirit Powers take over. She really starts to enjoy it and that fits in with a lot of war gods over a large amount of mythologies.

Twins with the same clothes name! 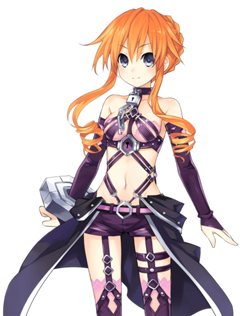 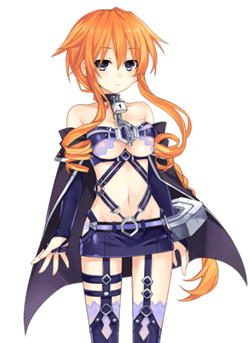 The Yamai Twins share an Astral Dress name which is called Elohim Tzabaoth which means God of Hosts.  Now if you don’t know Host in this context means multiple powerful people. In the case of these names, it means Angels. Now the Yamai twins are two people which is multiple people and they’re powerful. I’d probably rank them as a unit stronger than Yoshino and Natsumi but weaker than Miku and Kotori.

Note: Just so you know what I think of the rankings in the Spirit Power here’s what I think.

Miku’s ‘s Astral Dress is known as Shaddai El Chai which means Almighty Living God. I guess you can swing it as Miku was dead not only to herself but others when she lost her voice and became a Spirit. However she returned when Shido showed that he cared for her. As for the Almighty part, she ain’t all Almighty but she’s pretty darn strong.

Bubble, Bubble, Toil and Trouble. I need a cute witch on the double!

Natsumi’s Astral Dress is called YHVH Tzabaoth which means Lord of the Hosts.  Not only can I not think of one but it has a holy name unto God in it. I can’t touch it.

Note: I use YHVH because I don’t want to offend the Jews. They don’t speak this name aloud and I don’t think they even write it.

She may look like an angel but definitely a fallen. 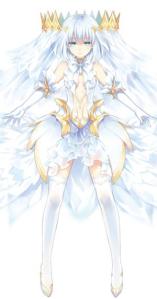 Origami’s Astral Dress is simply called Ehyeh Ašer Ehyeh or otherwise known as I Am that I Am. Now this is something I can work with. Unfortunately I’ll give you spoilers for Volume 10 but hey nothing you weren’t going to see in the anime or the movie. So in the tenth volume after becoming a Spirit Origami swears to kill all Spirits and then commit suicide. When Tohka confronts her with the fact that she is a Spirit too, she says that she will reject all Spirits including herself.  Whether human or a Spirit, Origami accepted who she was and never fought it.  She is who she is regardless of what others think.

That’s it for now. I know it wasn’t a lot because of all the religious hang ups but once I do my Speculation on the Spirit’s Angels(which will come out some time in the future.) I’ll be more free to do as I want.

Until the next Speculation
Later days