Rail Wars Episode 9 Super Mini Review Version: Save Those That Need To Be Saved; Now with 100% more plot!

Side Note:There’s not really a super massive amount of stuff to work with here even though it’s really good. So I’ll do a Super Mini Review on it

It’s a race against time for the team! Will they get to Tokogawa in time? Or will they derail before they even get there?

So we open back at the Tokyo Office with Gonou and Nana..

Ah my beloved Mai Nakahara. I love it when she uses her mature voice. It makes her sound like Sayaka Oohara.

Gonou questions Naoto and the gang are even going to be okay. However Nana’s not worried because she believes in Naoto and the team.

After the opening, we return to K4 in the ATP car. Everyone’s about to fall on Naoto but looks like most of the squad missed Naoto. Of course Aoi’s boobs land right on Naoto’s head. I believe it’s called Mickey Mouse ears when a girl does that.

So they head into the next few tunnels, still going fast, until Koumi comes up with an idea to slow them down with using the break and Iwaizumi pedaling to force them to slow down. However it only works so well and they nearly tip over until Naoto and Aoi lean the train back over onto the tracks. However around the last stretch there’s some curve that’s just too much for one person.

So the only thing to do is for the entire team to lean the train. Once they get close to the station, Iwaizumi puts too much on the brake and that forces the team to have to jump the APT onto the platform.

This was an awesome episode. It had some good music, some good action, and a continuation of a good plot. One thing I had trouble with during this little mini arc is the fact that they just glossed over the harem fight and Noa just appear to be a source of trouble. 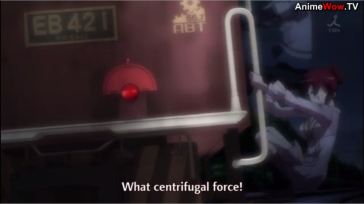 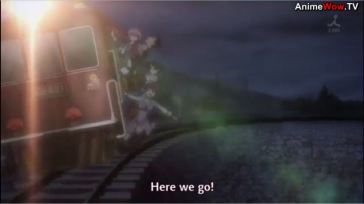 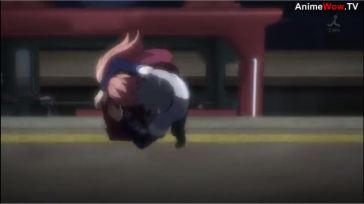 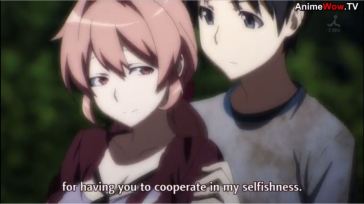 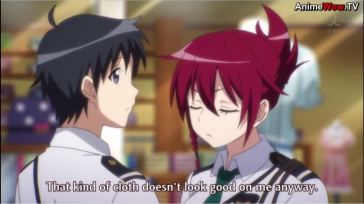 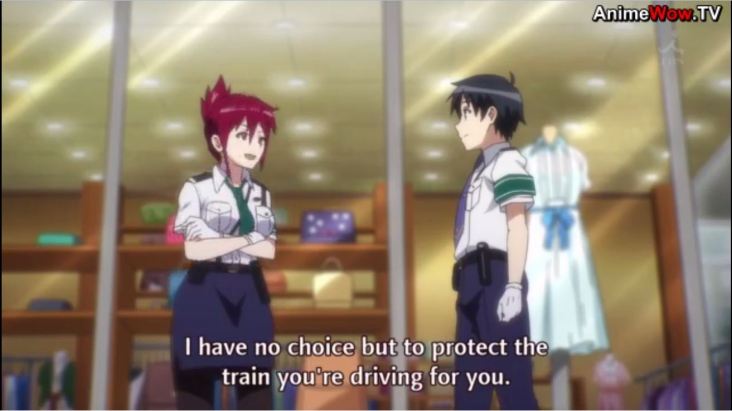 Despite that I’ll give Rail Wars Episode 9 a 9/10. It’s really good episode and it’s got a lot going for it.

Looks like the next episode has to do with some type of princely character. Those are always a bit interesting.