I can’t stop doing Love Live Posts! Don’t help me! Don’t save me!

Hey everyone. It’s Deven coming at you once more with a…I don’t really know what to call it. It’s not a Speculation. I guess it’d be more of an anaylsis. Okay we’ll call it that. I’m coming at you with a Love Live Song Analysis of Snow Halation! One of Muse’s best songs.

Now if you don’t know Lantis which is the company that owns Love Live and produces all their songs and merchandise makes Love Live CDs. What makes them really awesome and you really got to love the voice actresses for this, they make both group CDs and solo CDs. So you can have your favorite girl singing your favorite song! Isn’t that great!

Note: The order is no particular order. This is the order that my iTunes gave me when I looked up the songs.

First up is Honoka Kousaka!

Honoka(voiced by Emi Nitta) sings with a medium sounding voice and not the usual perkiness that you see her with in the anime. It’s more soothing. It reminds me of a flowing river, her words just flow out naturally.

Next is Umi Sonoda!

Umi(voiced by Suzuko Mimori) is what I call Elegance against Adversity. She makes every song she sings sound so sensual and beautiful. It reminds me of a nice cool night where the snowflakes are falling slowly. It’s so relaxing.

Maki(voiced by Pile) is another example of Elegance against Adversity but with a little edge. When Maki sings Snow Halation, it sounds more lovely like she’s singing right to you. It reminds me a lot of a serenade. So Maki cute!

Next is Nico Yazawa!

Nico(voiced by Sora Takui) well sounds kinda like my little sister when she was about five(she’s about 16 now). Her voice is quite high more in that place where Nozomi, Hanayo, and Kotori’s voices are. Despite that it sounds very cute. It reminds me of playing around in the snow with my little sister.

Next is ironically Kotori Minami!

Kotori(voiced by Aya Uchida) has a very high voice but it works for her especially in this song. In the PV Kotori’s grouped with alongside Maki and Rin. Rin has a medium pitched voice and Maki has a more edgy lower voice so they harmonize well. Kotori’s performance reminds me of those good days making snow angels with my godsister.

Next up is Rin Hoshizora! Rin(voiced by Riho Iida) is not particularly my favorite member of Muse in the anime. However when she sings she’s one of my favorites alongside Hanayo, Eli, Umi, and Nozomi in that order. Why? Because she clearly changes her pitch in the anime for Rin’s voice but while she sings I’m guessing she’s using her normal voic e and it sounds so much better. It sounds like a casual and nice conversation. I rate Rin’s singing voice like Umi’s, very sensual.

Next up is Hanayo Koizumi! Hanayo(voiced by Yurika Kubo) has a very high voice. Probably the only member of Muse with a higher voice is Kotori but it works for her. It’s one of the main reasons that Kokuhaku Biyori, Desu! is one of my favorite Muse songs. Hanayo’s Snow Halation version just has one of those cuteness levels that makes you want to hug her. I love it so much. She’s one of my favorites on Muse because of this voice!

Next up is Nozomi Tojou! 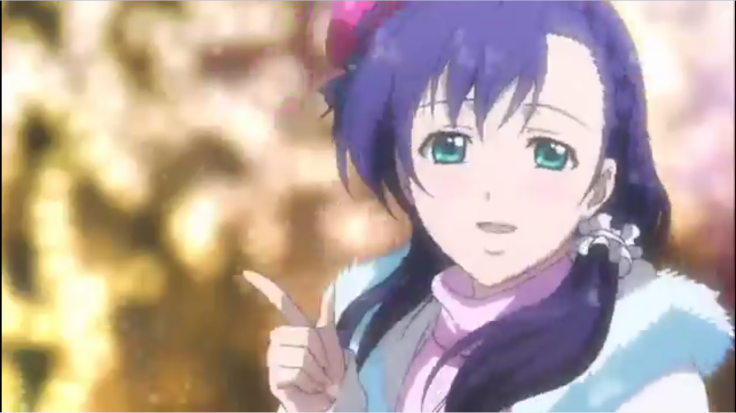 Nozomi(voiced by Aina Kusada) has a voice similar to but not the same as Hanayo and Kotori but it’s a inch lower. However it doesn’t make her less awesome. I think that Nozomi puts the most emotion into this song and makes it a song you want to dance to.

Last but not least is Eli Ayase!

Eli(voiced by Yoshino Nanjo) has a such a beautiful voice. It sounds so mature and soft yet filled with energy. I can’t just listen to an Eli sung song once. It must be listened to at least five times.

Now that I’ve looked at the girls solo. Let’s look at things as a whole.

Now I’m an absolute idiot with Music Theory but my younger cousin who’s a bass singer taught me one thing. You have the soprano, the alto, and the tenor in group based songs. Then again he sings in church but I think that it still applies.

However in this case we’re dealing with girls so it’s more of the highest, the medium, and the mature low.

Now the group’s divided(at least in my eyes) into three groups during this song which I think work that dynamic well.

One group is Eli, Hanayo, and Nico acting as the center. I think that Eli takes the mature, Hanayo the medium, and Nico the highest. 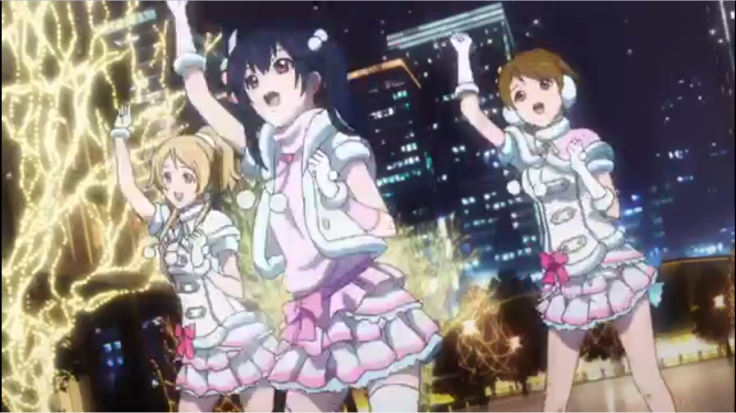 The next group is Kotori, Maki, and Rin acting as the center. Maki takes the mature, Rin the medium, and Kotori the highest. 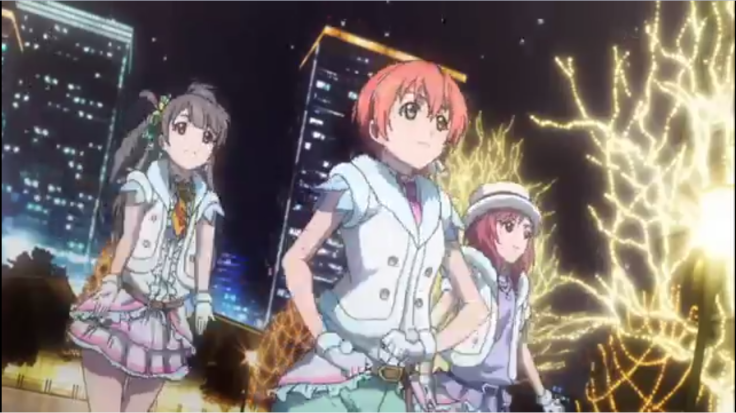 The final group is Umi, Nozomi, and Honoka acting as the center for the group and the entire song as a whole. Umi takes the mature, Honoka the medium, and Nozomi the highest.

And it all comes together to make one of Muse’s best songs in my opinion.

Now I’m going to be super nice here. Since you listened, or in this case read me, ramble about music. I’m giving you my copies of the nine versions of Snow Halation for free as well as my copy of the Snow Halation PV(the original not the 2014 anime version). 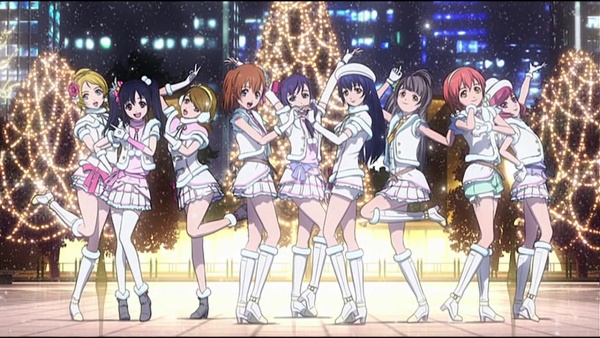 And that’s all for this review…hmmm…I think I can push out one more Love Live Post. I’ll let it be a surprise though.

Until the next one(you won’t have long to wait)
Later Days.

You can ask me as many questions as you want onAsk.fmand you can follow me onTwitterto know when my new reviews are coming out. You’ll also be update on what’s happening.