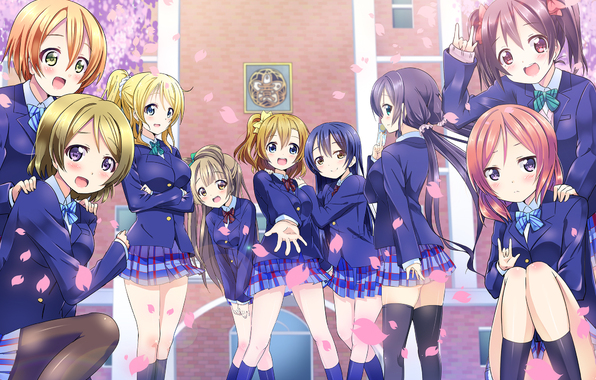 I can’t stop the Love Live posts! One because I love it and two there’s so much stuff I can do with it. Music reviews, OVA reviews, Game guides, News about the recently released Love Live School Festival Parade game, Full Season reviews! I can’t stop! Too much to love!

Honoka Kosaka is a girl who loves her school, Otonokizaka Academy. When the school is planned to be closed down due to a lack of applicants, Honoka becomes determined to save it. Learning that school idols are popular, Honoka and her friends start up a school idol group called U’s (pronounced muse) in order to attract new students. Once they successfully prevent Otonokizaka Academy from closing, the girls from U’s aim for higher grounds and participate in “Love Live”, the ultimate school idol competition featuring the best groups in the country.

Even though I said these were OVAs they technically aren’t. These are Omakes. OVAs are called Original Video Animation which denotes something unique. Omakes are basically side stories to a manga, anime, or whatever.

I definitely love Weekly Shonen because they have a lot more Omakes in their manga than Jump does.

Anyway…this review is going to be more words and explanation than pictures because Lantis kinda skipped on the animating, they’re just heads talking. You expect it since this is a Omake shown before a concert so they can’t really overshine the concert can they?

Anyway we open Muse at a theme park and Eli and Honoka explain that they’re there to figure out the theme for their next live. Nico pitches a theme about her epic rise to sucess but no one listens and then Maki asks where’s Umi. Eli comments that she went over with Nozomi and Rin to check out the roller coaster.

Now I know this next part is going to get a little spoilerish but bare with me.

Now Muse seperates into three groups of three to look at the part and here’s how they look:

They seperated into the three mini-idol units in Muse. This in my opinion gives us a hint about what songs were sung at this concert if they seperated this way. I’m guessing that Bibi sung Diamond Princess no Yuutsu and Primtemps sung Love Marginal and Lily White sung Anone Ganbare. Sounds like epic concert…then it’s Muse so automatically epic so there’s only higher to go.

So just wanted to let you know that. Back to the review. 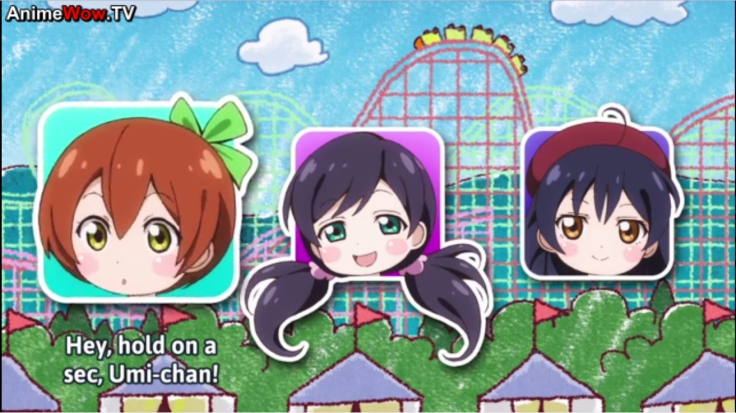 Also while watching this episode, I learned that apparently the Japanese call a roller coaster a jet coaster.

Now back to the review seriously!

So we shift over to the girls of Lily White first.

So Nozomi and Rin try to get Umi because she’s never gone but their real plan is so they can see her be all scared and take a picture of it. I have to admit it would be funny because Umi’s so serious all the time.

Umi doesn’t get the appeal of riding a roller coaster. Rin explains how exciting by describing all the sounds and screams. Yeah…Umi doesn’t get that. So Nozomi takes over by saying that even though people are scared they get on for the thrill and that thrill is just like a Live.

However Umi flips it around and scares the crap out of them by thanking them so gracitiously. Nozomi and Rin get really scared while Umi jumps right on the coaster without an ounce of fear.

The next episode we switch over to the girls of BiBi next. 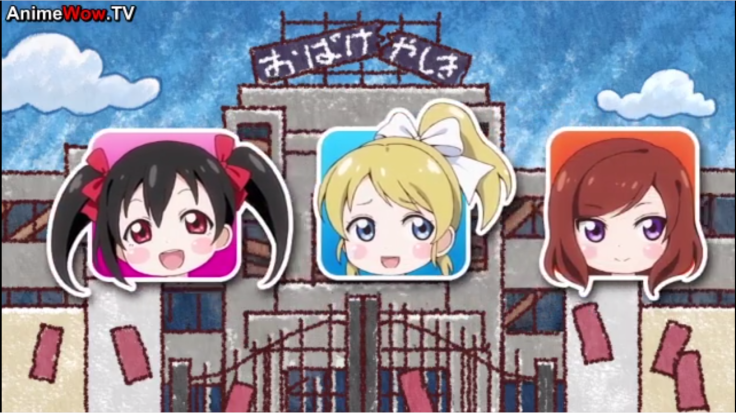 We have Nico trying to get Eli to go into the house of horrors but Eli’s really scared. Eli Ayase scared? The legendary school council president? Voiced by Yoshino Nanjo who voiced Nio Hashiri who scared the crap out of Manami Numakura(as Otoya Takechi) so much that developed a freaking fear about her is scared.

Hahahahah oh God my ribs! It hurts to laugh this hard! Ahahahaha.

This went on, me laughing for several minutes until I regained my composure

I apologize. Let’s continue with the review.

So Nico is trying the same ‘I want to see the cool beautiful girl scared’ thing that Nozomi and Rin tried to do. Difference is that Nico ain’t all that smart…come on. If you’ve seen it her logic ain’t really all that good.

And Maki’s just standing off to the side, snarking all the way and pointing out all the holes in Nico’s logic.

So through some insane logic and apparently Eli not even listening Maki, Nico tricks Eli into going to the haunted house. Eli runs into the haunted house with all types of Japanese exorcising gear and then comes out about 10 seconds later. Turns out a lot of Muse fans are working as monsters in the haunted house so Eli signed some autographs and gave a few handshakes.

So we end with that and head over to the third episode with the Primtemps.

So the Primptemps are on the Ferris Wheel, having fun and enjoying the view. Until Kotori reminds Honoka that they came there to figure what their next live’s theme. Honoka just freezes and does the Japanese equal to ‘Oh Crap’.

There’s a bit of part where Kotori and Hanayo shoot all ideas Honoka’s ideas and Honoka starts to shake the car but Kotori kinda goes off her. Well as ‘going off’ as a polite kind Japanese teenage girl can be. She explains the rules and reasons why they can’t shake the car as the fireworks come on.

Hanayo comments on how much she loves fireworks.

Note: Honoka comments that Hanayo would love fireworks because they both have ‘Hana’ in them. Now just with my experience in Japanese just because something sounds right doesn’t mean is right.

Anyway Kotori and Hanayo eventually get into a conversation about why they love fireworks and riding the Ferris Wheel and how they wish they’d never end. That gives Honoka an idea and as they met up with everyone else Honoka tells them what their theme will be, Endless Parade! 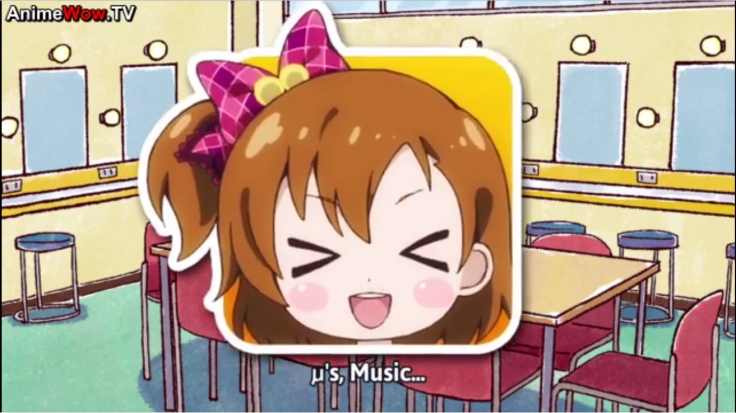 And that’s the end of the Endless Parade OVA!

I have to say that I’ve done a lot of Love Live Post lately. My Love Live Season 2 Full Season Review, Snow Halation Anaylsis, and the Love Live Endless Parade Review, and the next one coming up will be Love Live School Idol Festival Guide and Review!

So please keep your eyes out for it!

Also I give the Love Live Endless Parade OVAs a 9.5/10. The only reason it doesn’t get those last .5 points is because it was too short and I couldn’t find the full concert!

Update: I’ve found the full concert. Well I’ve found it and I’ve not found it. The whole concert was done in Saitama Super Arena on February 8th and 9th 2014. The DVD/Blu-ray set for the concert was cut up and separated into four parts. Day One was separated into three parts, being released on July 25th, September 24th, and an currently unknown date in November. The Second Day was released in its entirety on July 23rd.

So as a result it is impossible to get the whole concert right now but that doesn’t mean you can get the parts that are out now.  Click the link in the picture below to be taken to NyaaTorrents where they’ve got it. Be careful. It’s 15 Gigs.

Also check out this link to know what songs were sung. I have a personal love for Garasu no Hanazono(Garden of Glass). It’s filled with so much Eli x Nozomi stuff!

So until the Love Live SIF Guide and Review,
Later Days!