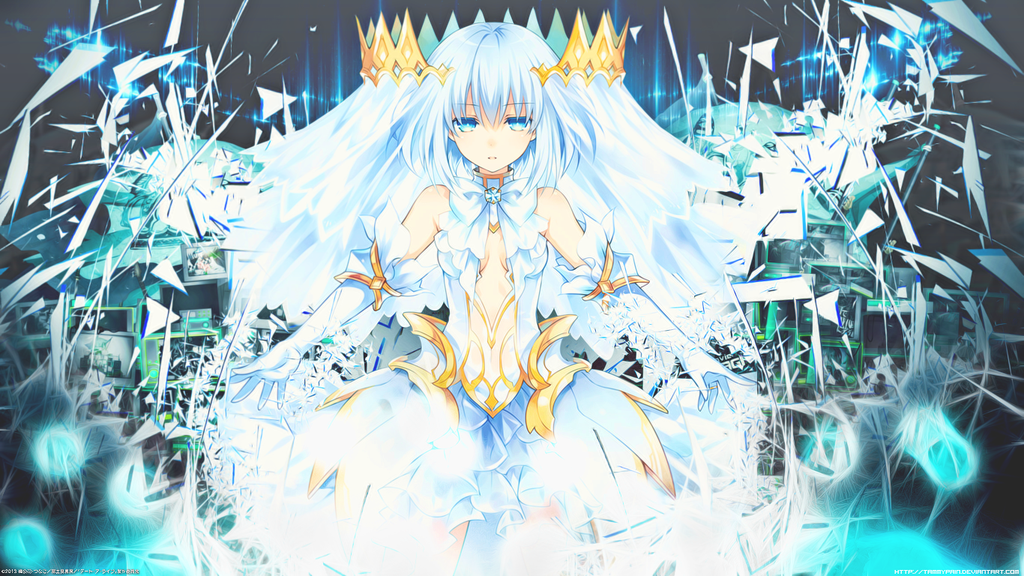 Hey everyone. Once again it’s Deven Luca coming at you with some Date A Live info. Except this time it’s not a Speculation, Date A Live Volume 11 is out! So I’ve got to be here to give you the review.

Also this post will be double posted on AnimeWithSky so tell your friends to check it out there too.

So continued from the last volumet, Shido has gone back five years into the past thanks to Kurumi’s Twelfth Bullet, Yud Bet.

So once he arrives he bumps into Tamae from five years ago. After she leaves, Kurumi speaks to him via the Ninth Bullet, Teth.

After a quick bit of banter, Kurumi tells Shido that he must find out what caused Origami to go Inverse

He rushes over to his old neighborhood where Shido thinks of stopping Kotori becoming a Spirit but Kurumi reminds him of the effects that could have on the present ie. Kotori nor Shido would be recruited into Ratatoskr. After that the sky quickly turns red with flames. Shido runs to the park where he sees his past self, Kotori, and Phantom.

He calls out to Phantom but she is engulfed in Spirit Origami’s light attack. Origami fights against Phantom and as they fight Shido follows behind. However Origami accidentally shoots and kills her own parents with her powers. Shido sees young Origami curse and damn Spirit Origami.

Shido goes to help young Origami and tells her not to despair. She will give Shido her tears, her smiles and happiness. Young Origami tells him that this is the last time she will cry and the last time she will smile, and that she will keep her anger and kill that Angel no matter how long it takes and what methods she will use. She tells Shido to keep all her other feelings with him until she kills the Spirit and leaves.

And that’s the day that the current Origami was born. 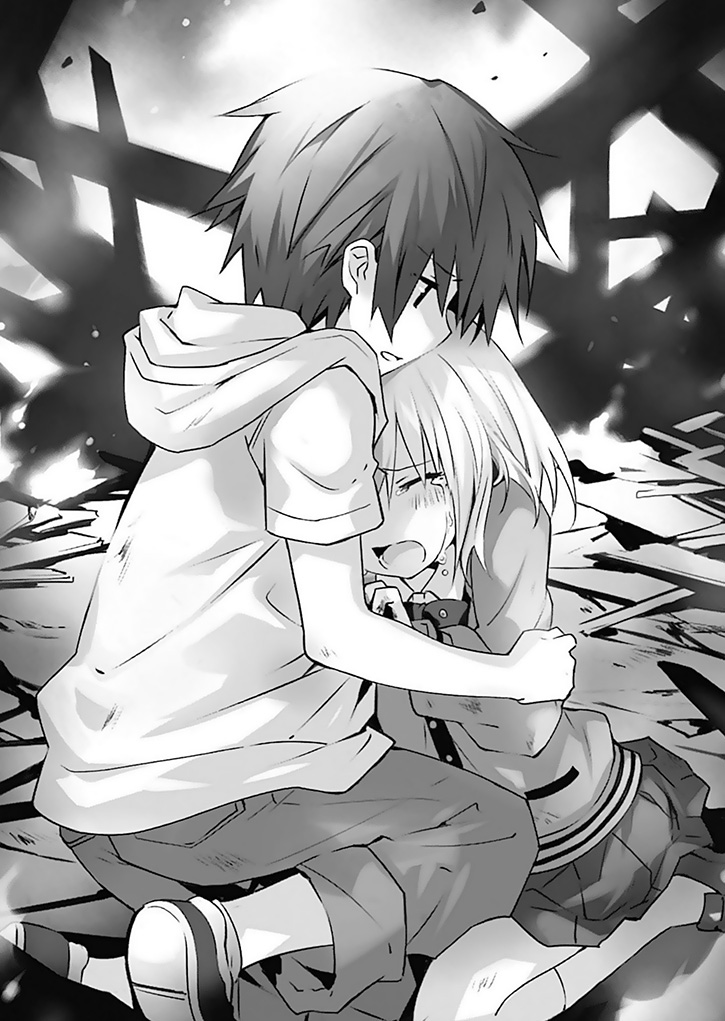 As Shido and Kurumi ponder about how their actions accidentally created the current timeline events, Kurumi gets a visitor. It turns out to be Future Shido who just returned from using the Twelfth Bullet himself. He tells them not to give up and find a way to change the past to save Origami.

Kurumi gets an idea and tells Shido that they’re going to time jump again. However she doesn’t want to bring him back and then use Yud Bet again because it would be impractical and burn too much Spirit mana. That’d mean that there’d be none for her! Selfish…

So Kurumi tells Shido to go and meet with someone and they’ll be able to help.

Turns out it’s Past Kurumi! I think she’s about eleven years old here since Funimation says she’s about sixteen in the present time.

So after they meet Shido asks why Young Kurumi is wearing an eyepatch. That triggers this funny exchange:

Anyway Young Kurumi pulls her gun on Shido but Present Kurumi tells him to touch her so she can explain to her past self. After Kurumi explains, Young Kurumi uses Yud Bet and sends him back in time further.

Shido is thrown back to before Kotori was turned into a Spirit. As Phantom turns Kotori into a Spirit, Shido yells at her and she’s shocked that he can see her. At this Phantom runs away but Shido gives chase.

After Shido catches up with Phantom she apologizes for leaving but she didn’t want to talk in front of Kotori. Phantom then casts off the noise and uses…Rinne Freaking Sonogami’s form to talk with him! 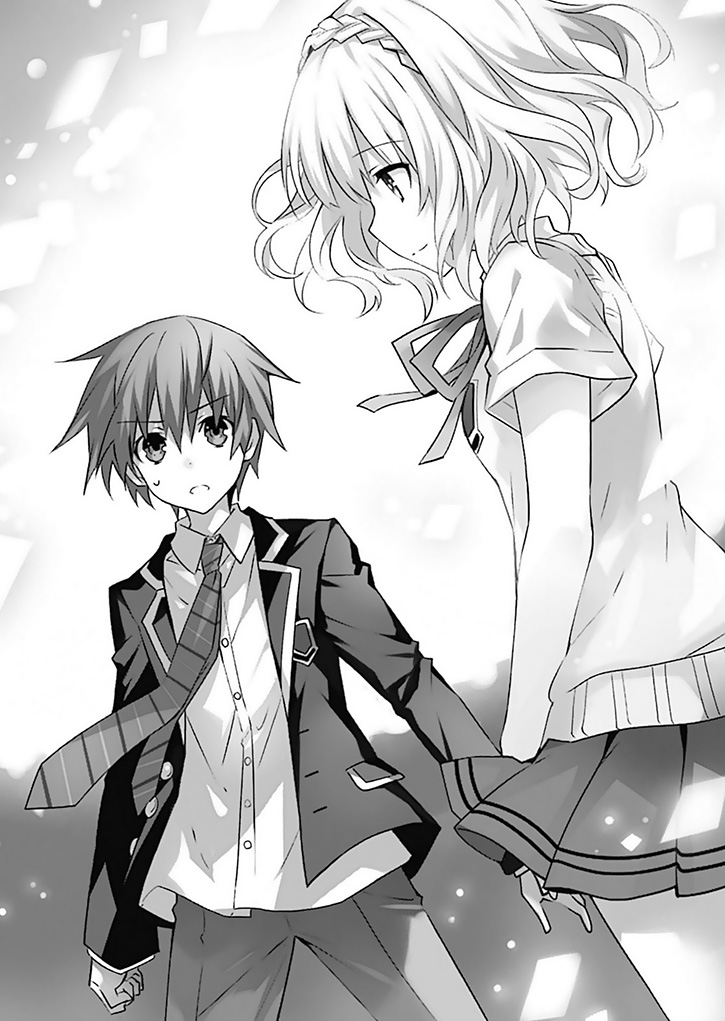 As in Rinne from the Date a Live Game:Rinne Utopia! That means that Rinne Utopia is a canon game.

Quick Tangent: So if Phantom takes on Rinne’s form , that means that everything that happened in the game is canon and is an adventure that happened between Season 1 and Season 2.

I am definitely going to do a review on Rinne Utopia now. If you have a translation of the game or have beaten it, please drop me a line on Twitter.

Back to the review…

Shido feels like he’s seen the form that Phantom has taken up before(which fits with the game because everyone forgot that Rinne existed after she was sealed at the end of the Rinne route). However he asks Phantom she knew him and she says she knows him quite well. He asks about the power he has and why does he have it. Phantom says that she isn’t going to tell him because Kurumi is listening in on their conversation.

Shido asks her to go to the bordering dimension where Spirits come from because his logic is if there’s no Phantom here when Origami arrives then her parents won’t die and the future will be changed.

However Phantom says she still has business to take care and can’t leave. She puts her hand on Shido’s face and Shido remembers the touch but can’t place who she is.

I swear this adds fuel to the fire that Reine is Phantom and I also think that Reine might be Shido’s real blood mother. Mostly because other than Tamae, she’s the only adult that Shido interacts with regularly and of course he would remember that touch. We all instinctively know the touch of our mothers because it was ingrained in us at birth.

Anyway Phantom paralyzes Shido has Origami arrives to fight her and then the paralyzing breaks. Shido chases after them determined to change the future. As Origami’s burst of light comes down Shido charges and tackles Origami’s parents. However the chapter ends as Shido loses consciousness.

Okay I’m not going to rewrite the novel. I’ve been writing for three hours! I’m going to summarize!

Shido wakes back in his bed and finds everything back to normal save one thing. Origami doesn’t go to Raizen anymore. And there’s a new pure black Spirit that appears when Spirits show up. A new timeline where Origami’s parents didn’t get killed during the Tengu Fire has been made.

This is Devil Origami or Inverse Origami, which ever term you prefer.

See when Shido tackled Origami’s parents it saved them and gave Origami a relatively normal life…even though her parents died in a traffic accident four years later…you can’t win them all Shido.

Anyway because of a whole a lot of time manipulation…which a lot of folks on the website said sucks because they didn’t get it…there are technically two Origamis. 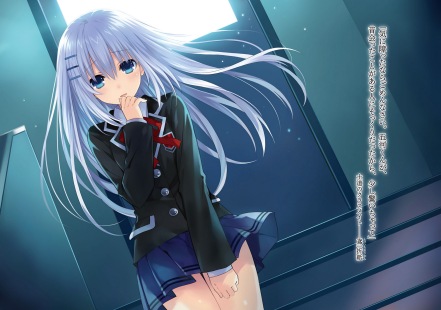 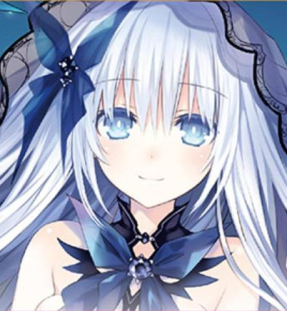 Let me explain. The common theory about time is Einstein’s Theory of Relativity which states that past events can’t be changed because they have already happened. However Shido changed history but the Origami of the past time line still exists because of Einstein’s theory. However now she exist as a split personality within the Origami of this timeline who is a far kind and warmer person than the original.

So whenever Origami senses Spirit mana she’ll pass out and the Original Origami will awaken in her Inverse form and attack them.

Got it? If not you can leave questions below and I’ll answer them. 🙂

Anyway after Shido realizes that Origami has changed, he immediately tells Kotori that Origami is the Spirit Devil. Kotori and Shido set up a date right away.

They go out on a date where both the Current Origami and Shido realize that the new Origami still has traits and memories of the old one. At the end of the date, Shido tries to kiss Origami but the banastar they’re leaning on at the park breaks. Shido catches her but he cuts his arm. However Origami fixates on the healing injury and goes into Inverse mode.

The Spirits at the Spirit Apartments notice the explosion of Spirit mana and head out to help. They all work together to try and seal Origami.

There’s a little joke here with Natsumi and Miku. Natsumi uses her ability to copy Army Breaker Diva, one of Miku’s abilities, and plays March to give Shido more power. Miku tells Natsumi to pay her copyright royalities later. Hahaha oh Miku that’s why you’re at the top of my favorite Date A Live girls list. 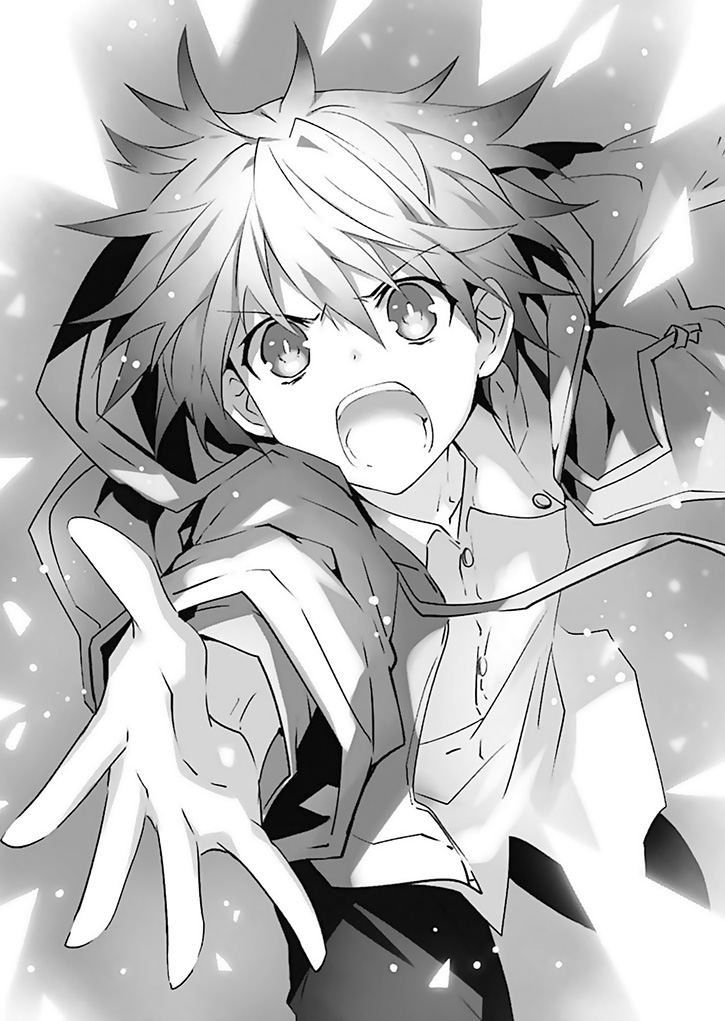 After that they kiss and Origami is sealed. And for the first time, Origami smiles a real and true smile. 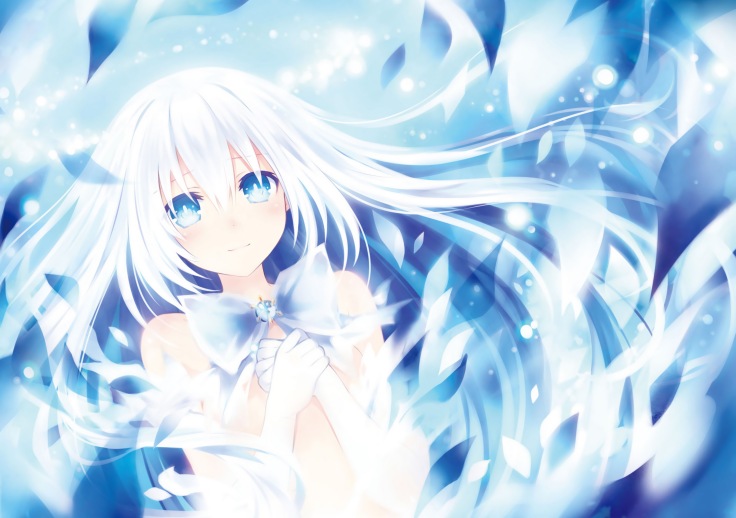 After that Origami returns to Raizen as a student and all the Spirits’ memories of the past world have returned. Origami is a lot warmer and friendlier with the Spirits now and it’s explained that now the new Origami has gained all the powers of the old one as well as her memories.

As the novel ends, Origami says to Tohka that even though she’s changed her look on Spirits as long as she goes after Shido the Princess and the Angel will always be enemies.

They all laugh as Origami and Shido share a smile between them as they look forward to spending more time together.

Now that’s over time for the review.

I basically loved it. Mostly because I actually understand time travel. However there are some people that said that Koshi Tachibana stretched things to pull things back to the status quo. I disagree. This provided a time for Origami to grow as a character in a time where she was at her lowest point. I personally enjoyed it.

Also I have something to say about Kurumi. If you’re going to eat Shido do it soon girl! He’s sealed 8 Spirits if you count the Yamai sisters as separate or 7 if you count them as one. And he can use all of their powers. I’m not saying that Kurumi would lose but I’m saying it ain’t going to be so easy now.

So that’s all for this review. With this stuff with Rinne becoming a canon character, I need to get out a review with Rinne Utopia. I’ll also be doing a Speculation about what I think the Date A Live Movie is going to be about. Also I just found out what the OVA coming out in December’s going to be. I’ll have a review on that coming soon. It’s an adapdation of one of the short stories that Tachibana wrote about Kurumi. It’s something I can’t wait for.

So until the next Review and the next Speculation,
Later Days