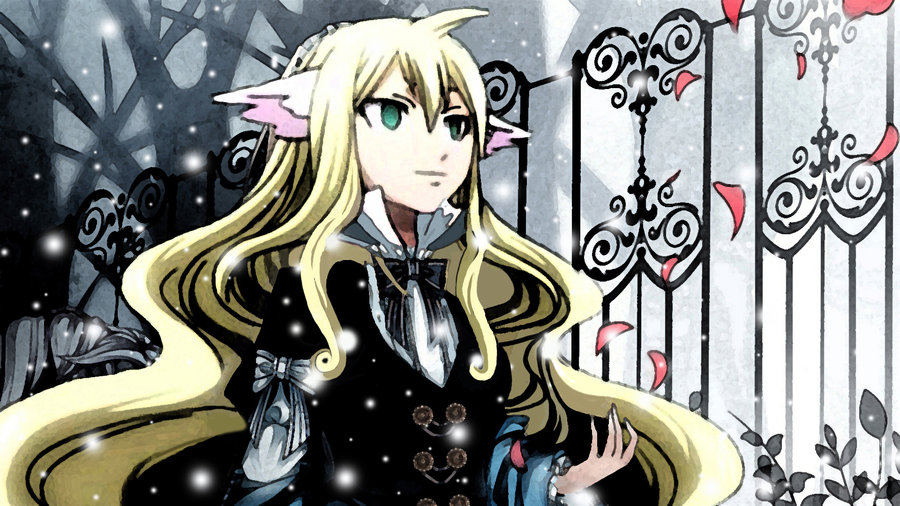 Wow finally got around it! Hey everyone it’s Deven here and I’m coming at you with the first of many Fairy Tail Zero reviews. I’ll be doing these monthly since Fairy Tail Zero is monthly.

Sorry for this being up so late and the Fuuka Reviews not here yet. I’ve had some suckish internet and my iPod Touch broke so getting the raw materials for any post is a challenge. Despite I’ll keep trying!

So now that’s out of the way let’s start!

So we continue from where we left off last chapter with Mavis reaffirming that she’ll win within one round. Yury gets flustered, thinking that in all the years that he’s been playing this game no one’s ever won in a single round.

Well dude she’s Mavis Freaking Vermilion even her name sounds awesome) and the Fairy Tactician so you should know that you’re going to lose. But apparently Yury hasn’t seen that yet so he thinks that asking if that bird is her pet will stop her.

However before he even gets finish his statement, Mavis says it’s wrong. See Yury says that “That bird is you” and then Mavis cuts him off. Then Mavis says there wasn’t any room about letting their opponent finish their statement so technically Mavis wins!

So then Mavis explains exactly how she won…you don’t need to brag sweetie we already know how badass you are. So Yury gets mad and says that it’s a do over and now they have to listen to the end of each other’s statements. So now it’s Mavis’s turn. She reminds Yury of his promise to leave the island and let her meet the fairies. After a quick pondering by Yury and a futile attempt to tell Mavis it’s impossible for the person asking the question to win, Mavis asks her question.

Now this shocked the hell out of me. Turns out that Mavis hasn’t been blinking this entire game and Yury can’t even answer the question without it being a lie because he doesn’t know how many times he’s blinked. Mavis wins!

However it turns out that it doesn’t even matter. The Tenrou Jade has already been stolen. Mavis guesses that it might have been stolen during the raid by Blue Skull. Mavis doesn’t ask, doesn’t beg, she demands to be taken with them to recover the Jade. Why because she’s Mavis Freaking Vermillion!

So that night Mavis packs and introduces Zeira to Yury who starts acting really weird. The next day they set sail. 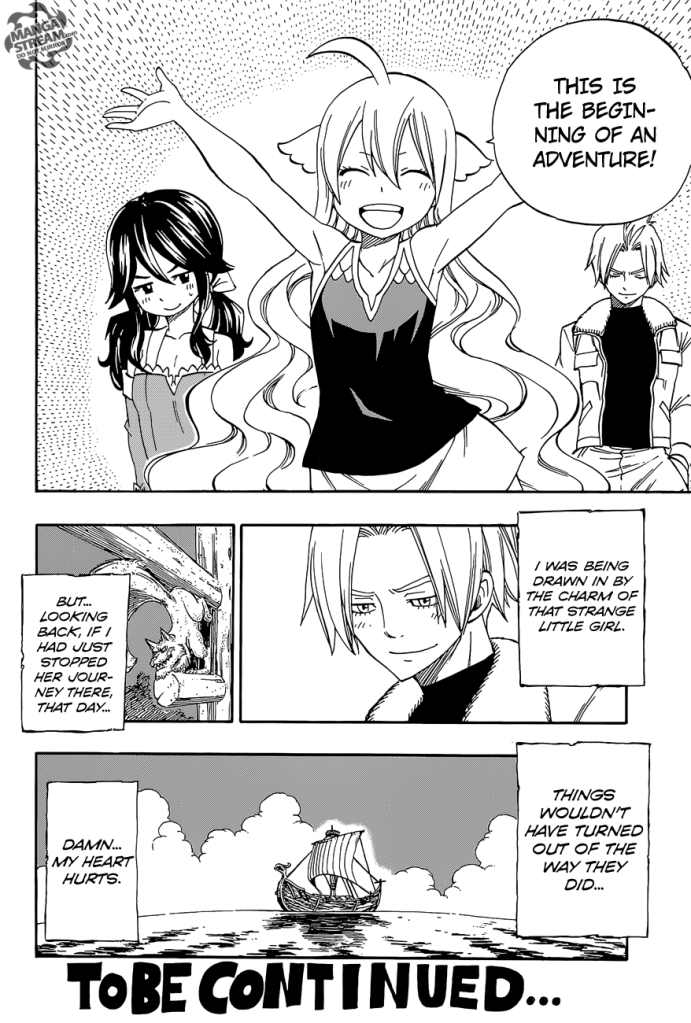 Now the end of this chapter got me thinking about the other two previous ones, especially Chapter One. Is Zeira even alive? In the first chapter before the 7 year timeskip, Mavis says that she returns to her village alone. Yet in the next chapter we see her back. Then in this chapter, we see that Yury is confused as I don’t know what when Mavis introduces Zeira. It leads me to guess that Mavis just made Zeira an imaginary friend after all those years. After all she was on that island for 7 years without any company and humans are social creatures. We may be able to be alone for short times but at the end we still crave being with others.

But hey it’s just a theory.

So that’s all for this review. Also this is going to be double posted on AnimeWithSky as well. I’m getting really busy over there but I’m never going to leave you guys over here!