There are so many Rider jokes out there because 5th Grail War Rider is an attractive woman. A lot of them are really perverted. The one I’m going to use is merely an innuendo.

Let Rider take the lead. She’s got an A+ in Riding! Granted I cleaned it up. The other version’s a lot more ecchi.

So the episode opens with the legendary ‘Hero of Justice’ talk between Shiro and Kiritsugu. To be straight since I’m finishing up Fate/Zero now, Kiritsugu should have stopped Shiro from doing the ‘Hero of Justice’ right at the beginning. He saw all the suffering that he had to go through just to bring good to the world in his way.

He had to watch his first love be turned into a Dead Apostle(the Fate series’s version of a vampire), killed his father, killed his mother figure, had to watch one of the few friends he had in Maiya Hisau die, then had got cursed by ‘All The World’s Evils’, live his last few years as his body slowly rotted, and finally he was unable to see his daughter and tell her him loved her.

You tell me. Is that the path that you should try to let your son walk down? Because at the end even you try your best, it’s nearly impossible to hold true those ideals of the perfect ‘Hero of Justice’.

Anyway after school that day, Rin holds true to her word to Archer and goes in on Shiro in a true one on one battle. That’s what I like to say but it’s really more of Rin using Shiro as a target dummy and Shiro trying to stay alive.

Now Ufotable is awesome with their animations but one thing I missed from the old Studio Deen version is when Rin jumped off the stairs to chase Shiro and she did the whole vibrating thing and it showed that she really hurt her legs landing like that.

It was a funny part within an otherwise serious moment.

Anyway during their fight, Shiro and Rin hear a scream outside and one of their classmates has been attacked. While Rin tries to heal her, a dagger gets thrown at her but Shiro blocks it with his own hand. Gutsy man. I like that.

Shiro rushes into the forest and fights against Rider. Not the big and cool Alexander the Great Rider but the sultry and attractive Medusa Rider.

Let me just say that Utofable was incredibly kind to Rider. Her fighting style was already graceful and fluid but now having an animation style that’s just a fluid makes her fighting look like a dance.

Shiro does pretty good against her before she just pulls on a chain that’s connected to the dagger still in Shiro’s arm. She goes for the kill but Rin manages to drive her off.

After that Rin and Shiro decide to make a truce and try to figure out the identity of Rider’s Master. The episode ends with Rin and Shiro conflicting over what is a true mage. Is it what Kiritsugu did with Shiro and allow him to choose his own path? Or what Tokiomi did with Rin and have her carry on her knowledge and the knowledge of the ones that came before her to the next generation? 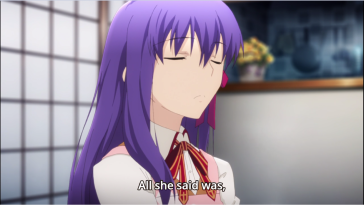 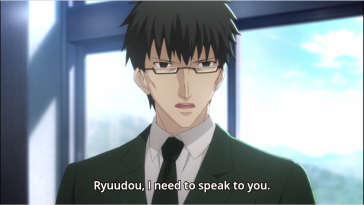 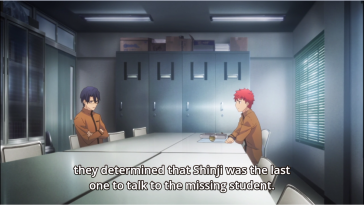 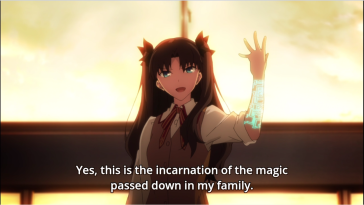 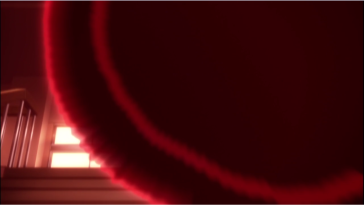 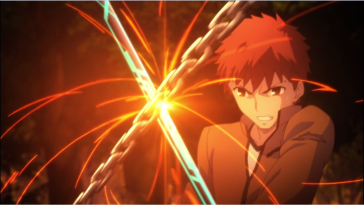 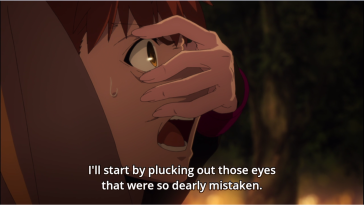 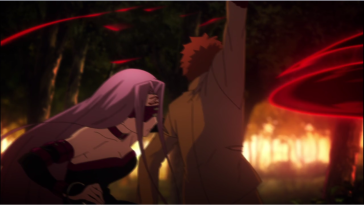 So with that, the episode ends.

It was a good episode. Lots of good action and Rider in 780p is just breath taking. I can’t wait for episode six to come around.

So until then,
Later Days
You can ask me as many questions as you want on Ask.fm and you can follow me on Twitter to know when my new reviews are coming out. You’ll know when stuff comes out right when it does! 🙂