Hey everyone it’s Deven! And I’m coming at you with some information about Sword Art Online. It’s not new information or anime related but some people don’t know about so I’m going to tell you.

Now as we know the Aincrad arc is the first arc of the entire Sword Art Online series. However in the first volume we only see the first day and the last few months of the game. Then in the second volume we get some of the side stories with Lizbeth, Silica, Yui, and Sachi.

But remember Kirito and others were stuck in SAO for 2 years. There’s no way that could be all the adventures they had.

So that’s why the writer, Reki Kawahara, started a reboot of the Aincrad arc. It’s called Sword Art Online Progressive!

This reboot goes back to beginning and adapts everything. Every boss battle. Every player interaction. And every floor! Granted they come out every year roughly about December but they’re still good.

Sword Art Online Progressive exists as both a Light Novel and a manga series. You can probably find the manga on most manga reading sites. You won’t be able to find the Light Novel version on Baka-Tsuki because it’s be licensed by Yen Press. But hey we still have the manga!

I’m hoping for once SAO Progressive ends we get a remake of the anime with all the stuff from Progressive added in. 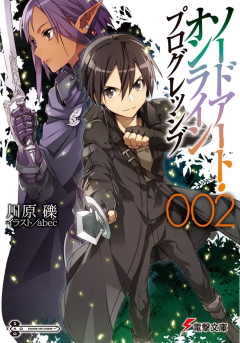 So until we get some news on SAO,
Later Days