See I know why they did it. That doesn’t make me any more happy though. I’m sick of the censoring! Where is the nude yuri implications of Erza and Kyoka!!!

Will Deven finally be able to catch up with his reviews? Find out soon!!!

So we start off this episode with Erza and Mirjane arriving at Crawford Theme(I’m willing to say Theme here rather than Seam but don’t think it’s going to be a common thing) place.

They explain the situation about Tartarus and he invites them to have some tea. 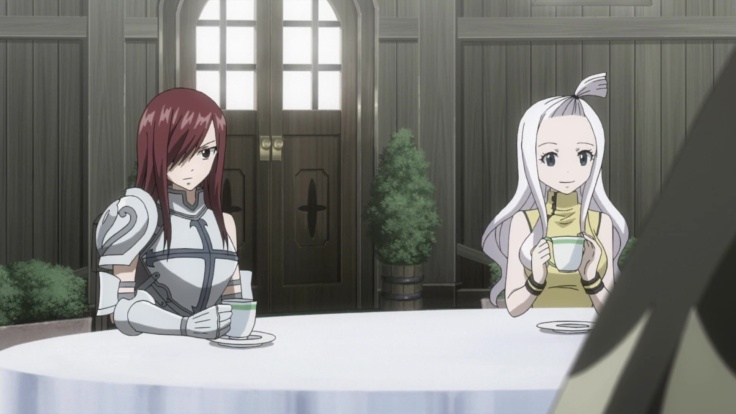 She totally was about to say parfum right there. You’ve been hanging out with Ichiya too much Erza.

Mirajane asks about Face and the identity of the three members protecting its activation with their lives via the Link Magic. However he doesn’t know, saying that Face was supposed to be a scrapped weapon.

But then Tartarus soldiers come in to attack but Erza and Mira go in on them. 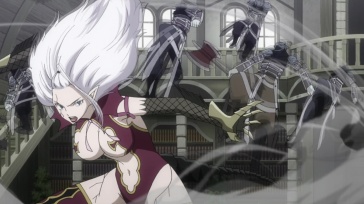 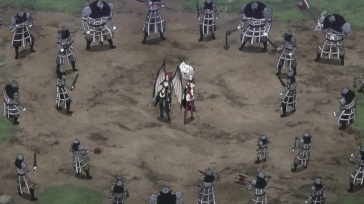 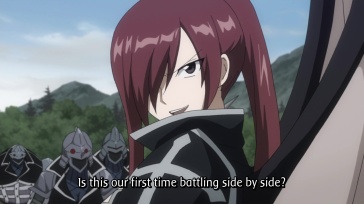 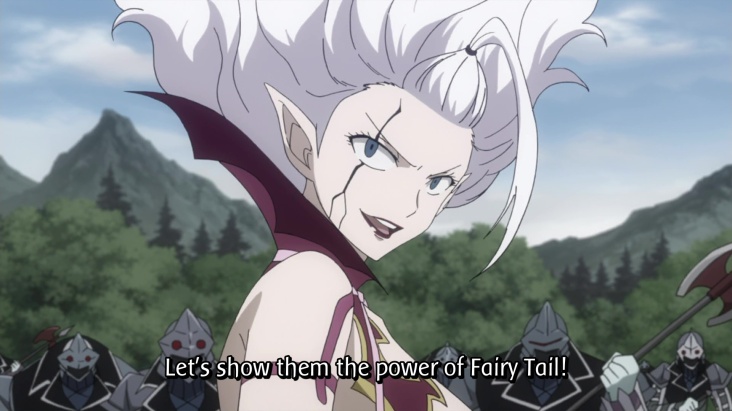 Ah the beauty of two beautiful women fighting together. No greater art.

We switch over for a bit to Sayla and Elfman and Lisanna. Looks like Lisanna can’t hold out much longer and Elfman’s starting to beg. Oh Sayla has ideas. 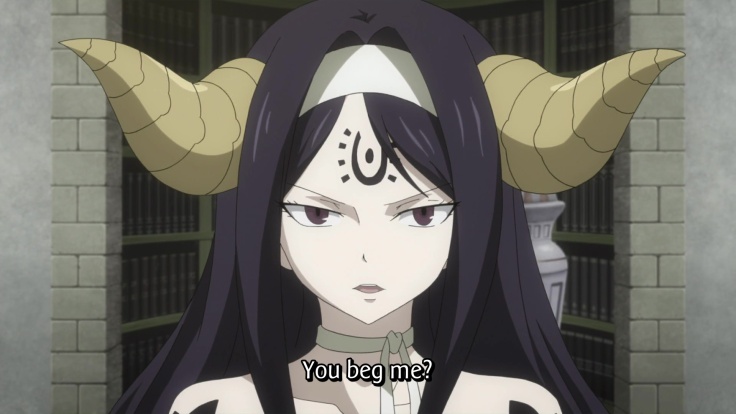 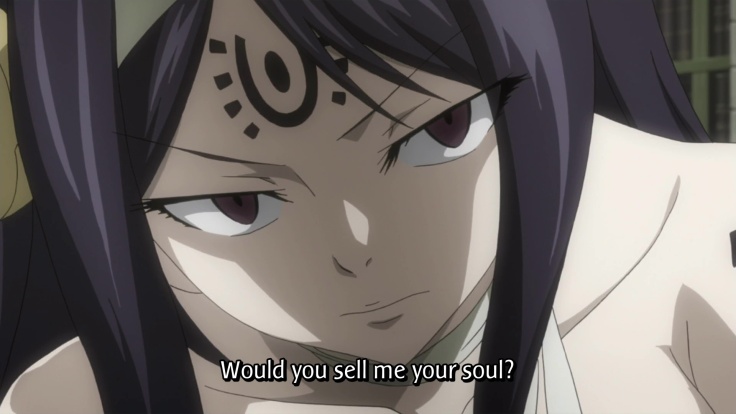 I’d sell my soul to her. Not for anything in particular just because she’s so good looking. You’ve got to give props to Aki Toyosaki in this scene. Her voice gives the right combination of sinster and sexy at the same time.

Then we go over to Oracion Seis who were released after Cobra coughed up some information about Tartarus. However who’s waiting there for them?

Looks like Doranbolt is hedging his bets. Also Brain’s been killed by Cobra. He ain’t about trusting those traitors. Jellal gets into a fight against the members of Oracion Seis in order to show them what real freedom is.

Then we switch back to the battle against the Tartarus soldiers where we see Erza and Mira pass out. Turns out that the former chairman drugged the tea and he’s handing them over to Tartarus. The little traitor!

Once Erza wakes up she’s in jail in the Tartarus base, unfortunately fully clothed, where she is tortured for information on Jellal’s whereabouts by Kyoka. She knows that Erza has no clue where Jellal is. She just loves to torture people.

I like this scene. Ai Kayano being all sexy torturous with Sayaka Ohara…I’m all red with the yuri implications. 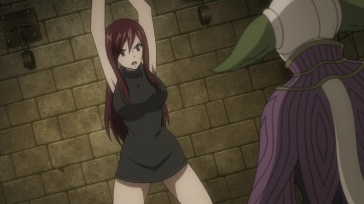 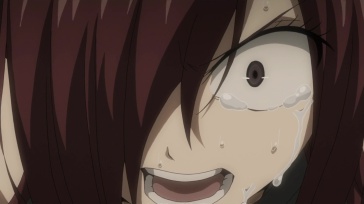 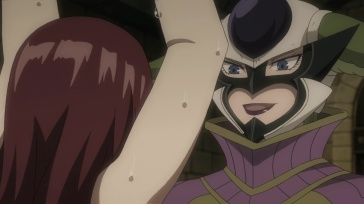 After that we switch over to Franmalth and Crawford walking through the Tartarus base, talking about how no one’s going to ever find them and what’s going to happen in the future.

Then Natsu who figured out something was up comes crashing through the window, ready to fight!

And the episode ends there.

I can’t wait for the next episode.

So until the next episode,
Later Days
You can ask me as many questions as you want on Ask.fm and you can follow me on Twitter to know when my new reviews are coming out. You’ll know when stuff comes out right when it does! 🙂