Look at Natsu being all smart. Good thing that Silver stopped that cold. We can’t have him being all clever and what not. It takes away from Lucy and Levy’s roles. After that Levy’s just Gajeel’s short girlfriend.

So we start off(after the long recap) we see Lucy and Wendy at the former Chairman’s house where they see Natsu’s random destruction…follow the trail of destruction ladies. You’ll find him sooner or later.

So we head back to Natsu and while the former chairman’s out unconscious, Natsu and Franmalth go at it. 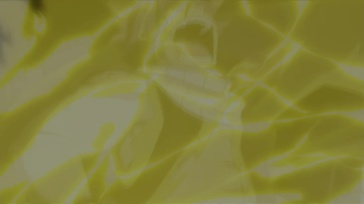 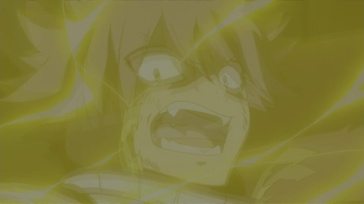 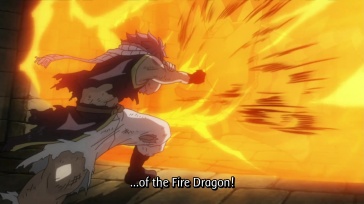 For a guy that walks with a cane and sounds like an old man, he can take a beating.

Also while that’s happening Kyoka is still torturing Erza but when Natsu breaks in, she leaves her to Yakdoriga. 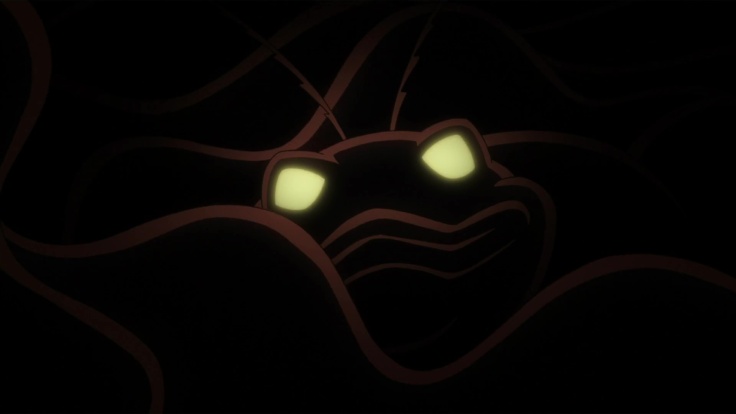 I know how this ends…tentacles!

So Kyoka leaves Erza to him while she checks out what’s up.

We also get some news with Gray and Juvia as they head back to the guild. Juvia’s a bit scared since this enemy different from the others that they’ve dealt with. However Gray reassures her.

Then we switch back to Natsu vs. Franmalth and as the battle ends we have Silver show up.

And oddly Silver thanks for melting the ice at the Sun Village and then Natsu says that Silver smells like Gray. 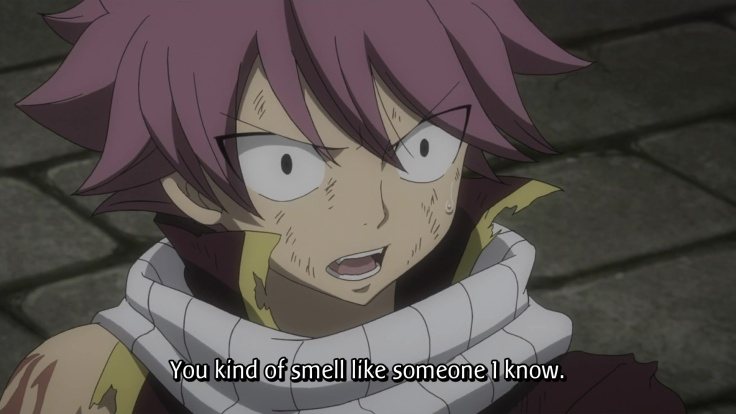 And then Silver goes all Frozen Emperor on him and freezes Natsu solid. 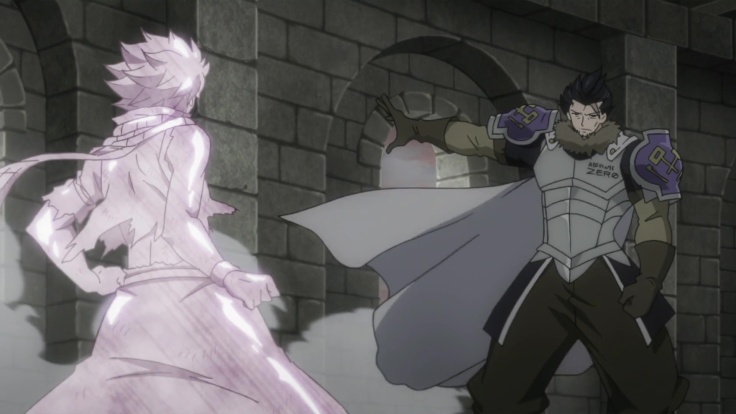 And then Silver says this.

One of the most badass members of Tartarus simply.

Somehow Happy manages to escape in the confusion and get back to the guild. Meanwhile Natsu’s thrown into the jail where he meets up with Lisanna after she got captured by Sayla.

I’m sad. She’s wearing clothes. Also be happy Natsu x Lisanna fans. This is going to be the only time you see them together in a long time.

So then we go to Sayla and Kyoka where they mention that Jellal is the last key to unsealing Face. All they need to do is find him and kill him and Face will be unsealed.

And as they end their conversation, Kyoka says this.

Then we go back to Jellal fighting against Oracion Seis but they are really laying the beatdown on him. Then we see this. 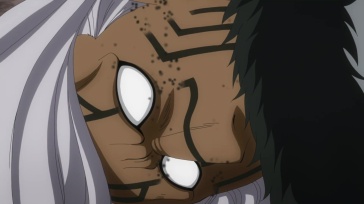 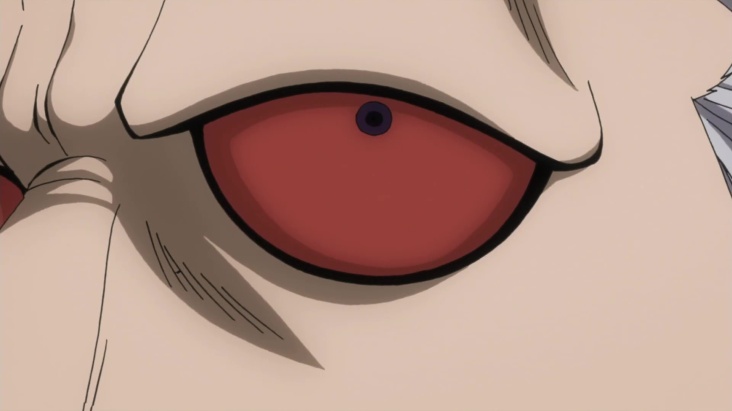 Things are getting bad.

And we go back to Fairy Tail and we see that Happy finally gets back and explains what happened with Natsu, Erza, and Mira. Levy gets started on figuring out where Tartarus is flying to while Elfman arrives at the guild without Lisanna…What’s up with him?

Ah that’s up with him…

Well didn’t expect my beloved Sayla to destroy Fairy Tail but deep down you expect it.

So that’s all we’ve got for this episode. 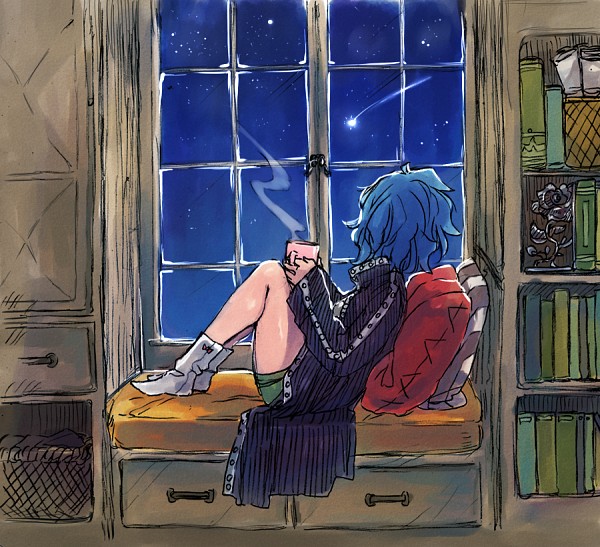 Levy looking at the stars. I get my pics from the Zero-chan board not Pixiv.