Aw Erza why you going all spear on Kyouka? You didn’t like your Yuri assault? It was sexy though.

So after the recap we see that Sayla, Kyouka, and Franmalth are pretty happy that Fairy Tail’s been blown up.

Now that the annoyances are gone they can focus on getting to Face.

Eh? How are they still alive? And it looks like they’re holding something?

Let’s look back a bit.

Turns out Cana trapped Elfman in a card with a trick she learned from one of Erza’s friends Sho. It’s not confirmed but hey he’s the only other person in this entire anime that uses Card Magic other than Cana.

So then Cana runs up the stairs, changes everyone into cards, and tells Happy, Lily, and Carla to take the cards and escape as she turns herself into a card.

Oh looks like things didn’t go as planned did they Sayla-chan?

In order to stop Fairy Tail from reaching the castle on top of the Cube, Kyoka activates the Undercube’s gravity field and sends soldiers there to stop them. This gets Fairy Tail stalled here since they’ve now got to fight their way up to the castle.

Meanwhile we’ve got Lamy and she’s happy she’s about to mess with Mirajane’s incredible looks. 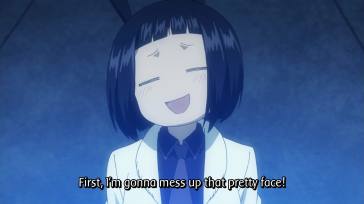 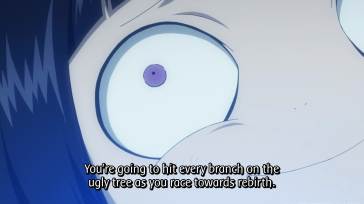 If you touch her good looks, there will be war!

Also note, Lamy is based off of one of Mashima’s current assistants, Asami. The 1/16 on her tie refers to being 1/16 Russian like the assisant she’s based off of.

Yes! She’s back and still hot! 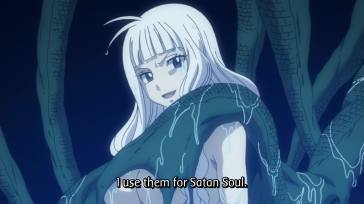 Really smart, Lamy. Giving demon energy to a demon. Next time you can pour alcohol on a fire.

So also while this is happening Kyouka goes down to Erza’s cage and prepares to use her as a hostage but there’s no dice with that since she’s already gone.

Turns out thanks to the shaking a sword rolled pass them and they were able to get free.

And then Natsu and Lisanna leave in order to help out Mirajane but then Kyouka breaks out of her chains since they don’t work on her because she uses Curses not Magic.

They get into it and it ends with Kyouka getting pierced by a lance all the way through to the bottom of the Cube, allowing for Fairy Tail to attack the main castle. 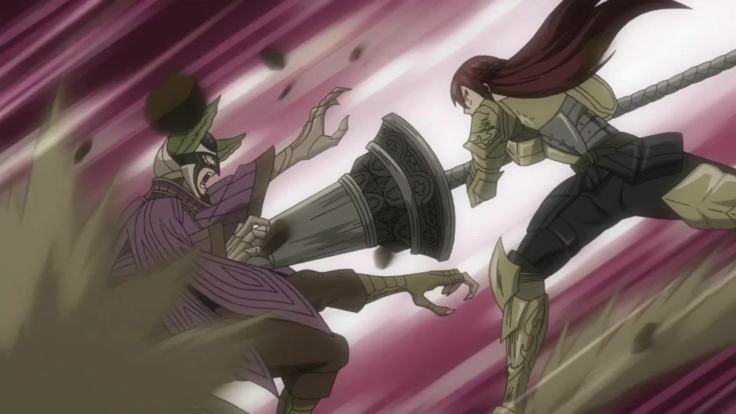 There’s a Yuri joke here somewhere…I need to find it.

So while Natsu’s going through the castle, time stops and we see that Zeref has arrived.

Looks like stuff is getting serious. Things are always good when Zeref comes around!

I cant wait until the next episode. 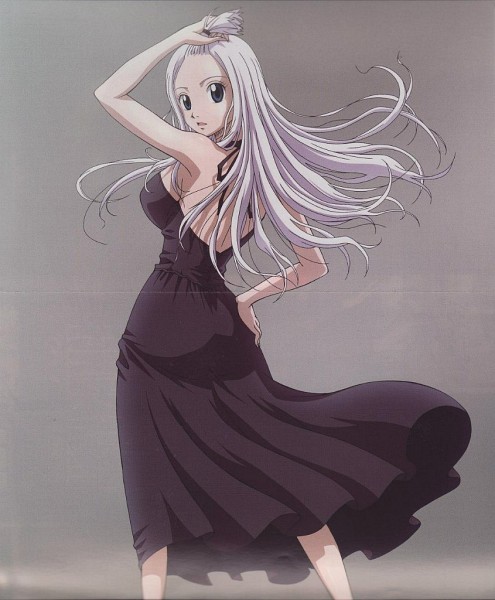 She’s sexy and ready to fight! I get my Zero-chan not Pixiv.