Hey everyone. Remember what I said in the Full Season Poll.

This is it! Monthly Manga!

This series was not inspired at all by CuriousCloudy’s Manga Mondays…not at all…seriously it isn’t.

So this is going to be a monthly series where I look at a manga and look it over critically. It’s mostly going to be some of the manga I’ve either read or am reading right now.

It’s going to be one each month.

So the first one is going to be Sword Art Online: Girls Ops. 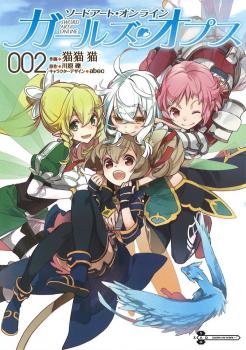 So Kawahara Reki, the writer of Sword Art Online, is well known for basically dumping heroines. Asuna rarely appears much after Aincrad arc, Leafa for ALO, and Sinon for GGO.

And that’s not even counting Lisbeth and Silica who are basically afterthoughts in the light novels.

Granted there has been some redemption for Asuna since she got Volume 7(Mother’s Rosario) and the entirity of Sword Art Online Progressive for her.

So what are the other girls like Leafa, Lisbeth, and Silica going to do?

It’s basically a manga where while the events of most of the light novels have happened but right now there’s nothing happening. I don’t know where this manga is set between though.

Let’s get down into the review:

Art is done pretty good and the art is very good and displaying the emotions of the characters especially Lux.

I definitely have to say that I love this story. It’s good to be in the Sword Art Online world without seeing Asuna and Kirito. I like them but it feels good to see some other characters that don’t get a lot of screentime.

A big part of the story is definitely dealing with the stuff that the other forms of media don’t deal with a lot. One of the characters, Lux, is an SAO survivor like the rest but she has really painful issues about Full Dive video games, friends, and closeness.

You don’t get that a lot with the other mediums. Kirito only talks about his emotional pain in SAO mostly in GGO. In this manga we see that the SAO survivors we’re usually with are the exception to the rule of continuing to play Full Dive games. The rest of the people that managed to survive never played any of those games again.

I bet you didn’t expect that Silica would be the main character in something from Sword Art Online. Me neither. She’s really the glue that holds this little party together and she’s the person that saves Lux from her past. 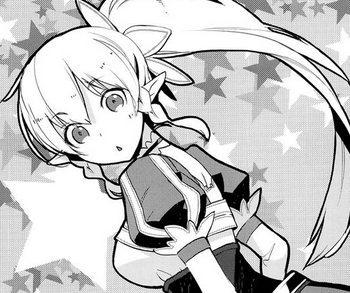 Leafa doesn’t really get much time here. She does but she doesn’t. Mostly because the things that are happening here are focused mostly referencing events that happened in SAO.

Lisbeth is a bit more involved than Leafa but not as much as Silica. She can definitely get in on the jokes and the references to SAO unlike Leafa. 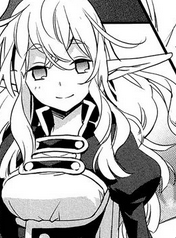 Lux is definitely my favorite character in this manga. She shows the feelings that a lot of the characters in the light novel don’t show. She shows that she has a lot of issues with her life and people in general after being in SAO.

A big part of her growth is learning to trust people again and that she’s not alone anymore.

Currently there’s only around 6 chapters out right now.

I’m giving Sword Art Online: Girls Ops a 8/10. It’s a good manga and goes to my favorite of one of the video game worlds, ALO. It’s diving into the darker elements of the world and I like the fact that some of the characters are getting some depth in them.

So you can expect these manga reviews every month.