Fate/Grand Order News: Updates and the King of Heroes!

Why does the AP take so long to refill?

The Gatcha’s broken and evil! Why does it take so much to get my waifus!

The farming drops are evil!

These are just some of the complaints that are coming up as you play Fate/Grand Order.

As for the Gatcha…

When people go for 10 rolls or YOLO rolls, you are taking your life in your hands right there.

However most of its going to change because Fate/Grand Order has reached 300 million downloads!

Come at least be realistic. We know at least a few of these(read: a lot of them) are rerolls.

However let’s ignore that! Lord Gilgamesh has opened his treasury and is willing to impart some of his treasures to us lowly Masters.

We’ll be getting all the following swag. However you can only get this stuff if your Fate/Grand Order account came into existence before August 31st at 1:59 AM JPN time.

And with Type-Moon they can’t ever end at 7 things. They always have to slip that eighth one in at the last minute.

This song goes off in my head as I hear this.

All Hail Lord and King Gilgamesh!

A song fit for a king and too glorious for we plebeian mongrels. We are as ants before Gilgamesh. Spare us, oh king, for daring to breathe the same air. Your magnanimity and glory are proven by deigning to let us hear this royal melody. And though you are glorious in your lonesome, I dare say your sole friend, that worthy Enkidu, will appear to you once more in a far-flung day. All I ask is that you, like I, hold out one day more

The Servant Reinforcement Half AP Campaign will be extended so you can make your Servants as strong as your AP and Quartz will allow. The Campaign will now last until the 3rd of September until 11:59 PM JPN.

AP Recovery will be changed from 1 AP every 10 minutes to 1 AP every 5 minutes. Well Well isn’t this good for us. Now the AP recovery rate is better than Love Live’s. It’s going to push out 12 AP every hour now! That’s awesome!

Finally the surprises aren’t going to end so easily. Our King of Heroes still has one more surprise for us but his greatness won’t tell us until September 4th. It could be anything really. Anything from more Servants, more free stuff, or unlocking Okeanos. Let’s keep our eyes open this one.

One more thing before I close out. Apparently Shido Itsuka is a Fate Fan. Nobunaga Shimazaki(Shido’s seiyuu as well as seiyuu Fate/Grand Order’s Archer) is clearly a big fan of Fate so much he was shouting on Twitter when he was revealed to be the voice of Arjuna in Grand Order.

Now it’s going to be clear that he’s going to go all out in the game. How do I know?

Look at his Servants! 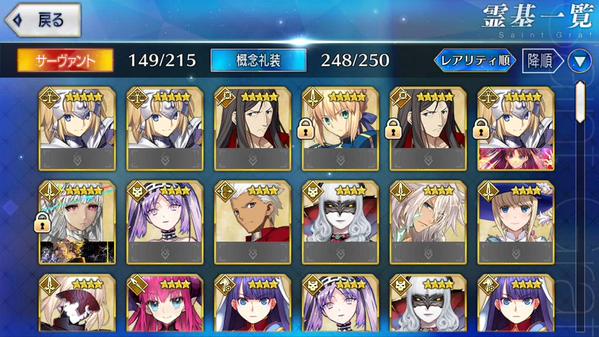 He’s got freaking 3 Jeanne’s! He’s made out like a bandit! With the power of cash!

I bet I can tell how this happened.

Recorder: Okay that’s it. Thank you for your work, Shimazaki-san. You can pick your check in the office.

Shimazaki: I actually I want to be paid in Quartz.

Director: He means the in-game currency. Why would you want to do that, Shimazaki-san?

Oh Shido-kun. I bet that’s what the cash from the Date A Live movie went.

So that’s all I’ve got. It seems that being a player on Fate/Grand Order is about to get better. If only they fixed the drop rate for items, it’d be even better.

So until the next bit of news,
Later Days