It’s time again for Monthly Manga and this time it’s one of my favorites. Not that I didn’t like Sword Art Online: Girls Ops but this is a good relaxation manga. 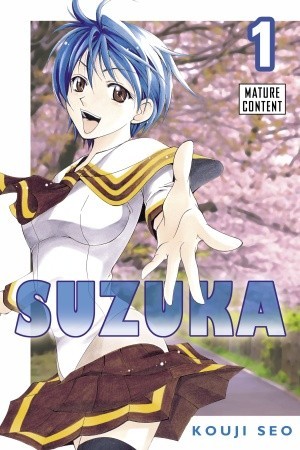 So the story that started it all for the place called the Suzuka universe.

For those of you that don’t know the mangaka, Koji Seo, has written two other works in this universe. They are called Kimi no Iru Machi(A Town Where You Live) and Fuuka. Kimi no Iru Machi is now over and Fuuka is currently still running in Weekly Shonen Magazine.

Hmm What to talk about? Well to talk about Suzuka with me means going all the way back to my middle school/early high school days.

So when I was younger in middle school, I was bored. I didn’t really have anything to do other than watch TV. Now this was more of the good era of stuff on America’s Disney Channel and Cartoon Network so I wasn’t entirely without anything to watch.

But anyway one Saturday afternoon, I was bored out of my mind. Nothing to do. I turned on my On Demand(We had Comcast back then before it was XFinity) and I was scrolling through stuff to find something free and interesting to watch. Then I found that one of my favorite dubbing studios, Funimation, had a section on the demand. They had a few shows up and one of them was Suzuka. So I decided to watch it and fell in love with Suzuka.

Pretty soon, every Friday afternoon after school was Suzuka Day. I’d watch the new episode of Suzuka and any other dubs that I was watching the time.

Soon I finished the anime and went on to the manga and the rest was history.

But enough of my rambling. Let’s get on to the review:

The art is well done and goes to a slight bit of art evolution. The girls were always beautiful but when you look at Suzuka at the beginning of the manga and at the end, she’s stunning.

I have to give praise to Seo. Suzuka and all his manga in the Suzuka Universe, or Seo Universe whichever you want to call it, are unique. They’re all classified as shonen anime like your usual Naruto, Bleach, One Piece and Fairy Tail. Heck it ran in the same magazine that Fairy Tail and Nanatsu no Taizai run in right now.

What makes it different is that it more of a shojo style plot with a male protagonist. It’s very normal and standard high school stuff. No magic, no unique powers, no unusual events. Just normal teenagers.

And after reading all the normal shonen, Suzuka is a welcome break.

Although there are some annoyances. Yamato, the male lead, is dense as a brick. And Suzuka is one of the classic tsunderes gone wrong. However what really draws me to it that even after all the stuff that happens to him, Yamato never stops loving Suzuka.

And he’s had a lot of offers. He dated Honoka, Miki likes him, his younger cousin has a crush on him, and while Suzuka was in America another girl offered a ‘friends with benefits’ thing. I don’t really know why this is good to me but I like it and I root for Yamato in stuff like this.

Also the ending while a little bittersweet(outright painful after reading Fuuka) is still full of hope and happiness despite what happens. 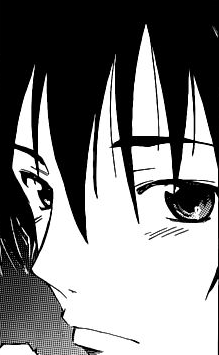 There’s something about Yamato. I can’t really put my finger on it but something makes me want to like him. He’s dense, stupid, he dates a girl he doesn’t really like romantically, and he follows his playboy best friend’s advice.

However I find myself rooting for him to get Suzuka’s heart. It’s probably because it is so real. Yamato is that standard guy that’s never had a relationship and he’s floundering. I guess that really connects with me.

After the series, he eventually goes to the Olympics and wins the Silver Medal for Japan in the 100 meter dash.

Suzuka is standard tsundere. And most people would find that annoying or boring. However her spin on it is somewhat unique. She’s keeping Yamato at a distance for a few reasons. One thing is that he looks like the senpai she had a crush on that died. Secondly she’s really serious about her track and field and it’s been outright stated that she could potentially go to the Olympics.

There’s a certain air of mystery and lovability about Suzuka. She can be gentle, loving, kind but at the same time classic tsundere. I find the moods to be very interesting and she’s far more than an average cookie cutter tsundere.

After the series, she ends up being a housewife. Yeah there are a lot of people that say that what happened at the end of the series hurt Suzuka’s future more than Yamato’s. I somewhat agree but then again if it’s a future you are or can be happen with then it’s not a waste. 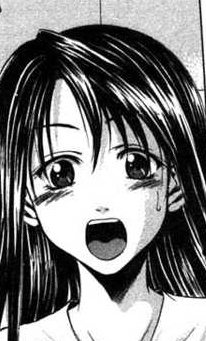 Honoka is basically the side girl and the girl that Yamato first goes out with after Suzuka rejects him the first time. She’s the standard shy girl but she ends up growing over the course of the manga.

Her first major growth was after she and Yamato broke up. She realized a major reason why they broke up was because of her lack of confidence in herself. Granted Yamato still had feelings for Suzuka but during the event that I’m talking about he was doing nothing but thinking of Honoka. Anyway she realized she can’t be a relationship with someone and not be comfortable in herself. So she resolves to work on her own issues and try to confess to Yamato later.

However later never comes. Over the course of the manga, Honoka ends up getting scouted to be an idol. And after a bad break up with Suzuka, Yamato confesses to Honoka only for her to tell him that she’s not interested him that way anymore. She wasn’t saying that they can’t be friends just that she’s moved on and gotten an understanding of herself.

She was chasing the ideal Yamato she saw when they were kids. Now as an adult she realizes she and Yamato aren’t good as a couple but better as friends. That’s growth especially since a lot of real life people never even learn this lesson.

Yasunobu is Yamato’s best friend. Being a so called ladies’ man(not really so called since he does go out on a lot of dates and even invited Yamato to double with him once), he often gives Yamato advice. However it’s more sexual and way more aggressive romantically than Yamato’s comfortable with.

However he’s still a damn good friend. He’s the one that mostly brings Yamato out of his funks with Suzuka.

Ironically at the end of the series, he’s the only one along with Miki that isn’t in a relationship. However he and Miki are often shipped together and show up together a lot in Kimi no Iru Machi. 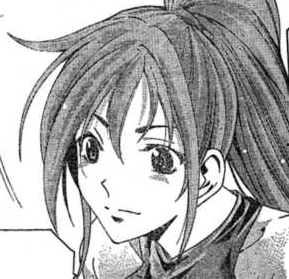 Miki is Suzuka’s best friend. Unlike Yasunobu, Miki actually gives good advice. She’s Suzuka’s better half to her tsundere side.

She doesn’t really have much other than being Suzuka’s sensability.

At the end of the series she’s pretty much shipped with Yasunobu. 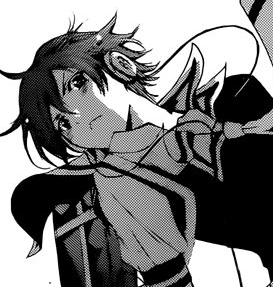 Fuuka is later born and gets her own manga called Fuuka. However most of the fans that started reading Fuuka after Suzuka have gotten a large shock. In Chapter 36, Fuuka dies after getting hit by a truck. For those of us like me who read Suzuka, it feels like Yamato and Suzuka sacrificed their futures as track and field atheles for nothing.

However Fuuka’s dream, to be a musician, still lives on in her boyfriend, Yuu Haruna, the male protagonist of Fuuka.

If you enjoy something like with a bit of drama and want to get away from the standard shonen. I’d recommend Suzuka to you.

So that’s all for me this month. You can expect the October Monthly Manga around this time next month.

So until the next Monthly Manga,
Later Days
You can ask me as many questions as you want on Ask.fm and you can follow me on Twitter to know when my new reviews are coming out. You’ll know when stuff comes out right when it does! 🙂