Let’s Look: Fate/Kaleid Episode 10: Such A Fail of an End So this review is like two weeks late and I’m sorry for that. However it’s hard to make a review for an episode that you didn’t really like. So this review will be one of my Super Mini Reviews.

So this is a fairly simple review. The first part of the episode is the battle between Zwei Form Illya vs. Gilgamesh and I have to admit even though the episode, and subsequently the season, were fairly bad this fight was really good. 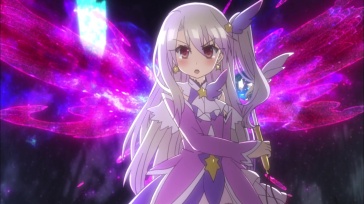 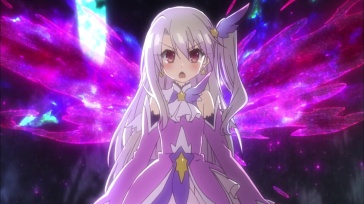 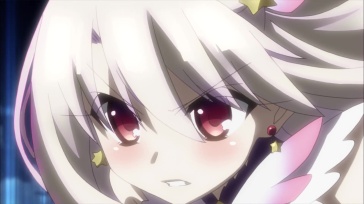 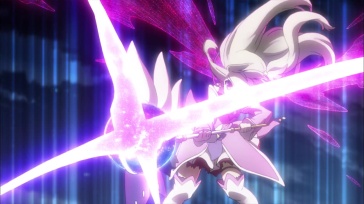 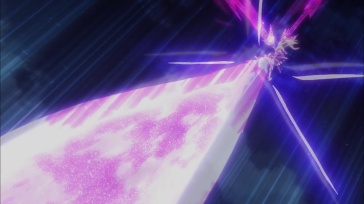 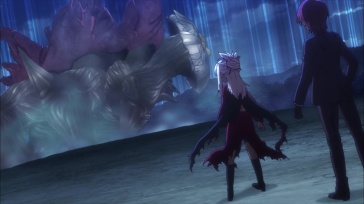 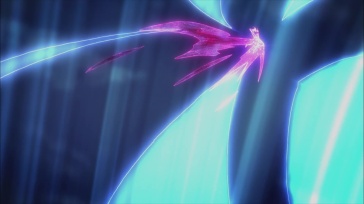 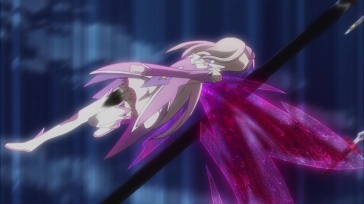 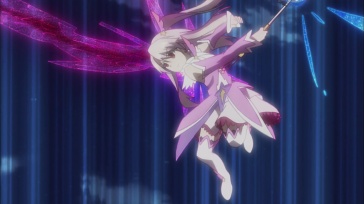 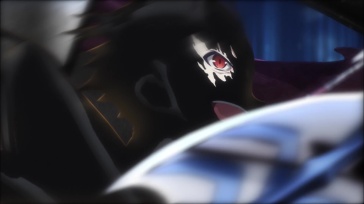 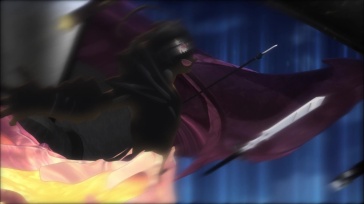 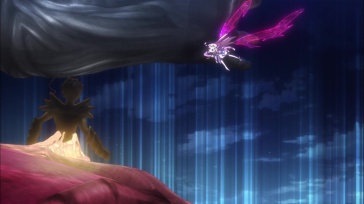 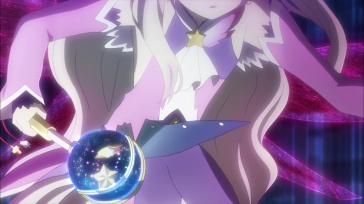 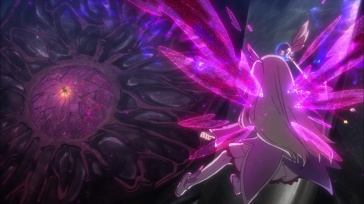 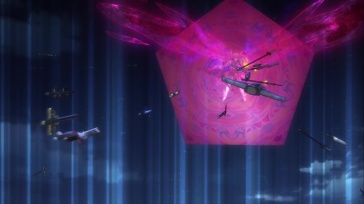 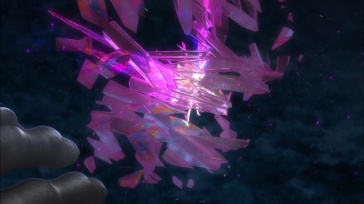 And it’s an epic battle but it’s one that Illya can’t hold forever. She pulls a trick out Fate/Stay Night Shiro’s book and starts turning her nerves into Magic Circuits which is a massive risk that easily kill her.

However she doesn’t care as long as she can save Miyu.

I hope that works against Young Gil’s Enuma Elish! 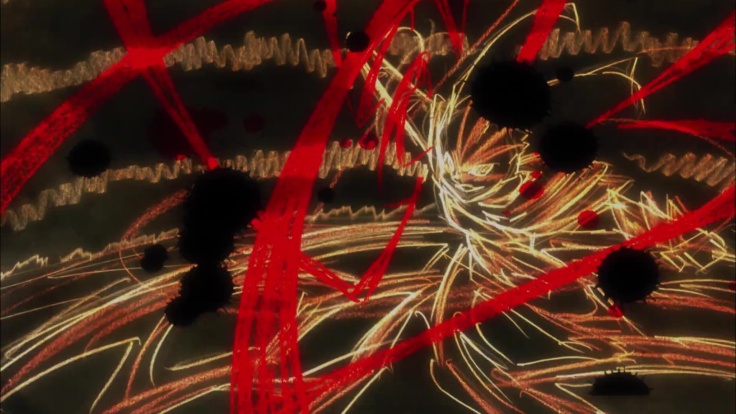 It just doesn’t feel right without Tomokazu Seki doing it.

And Illya counter with her Quintet Fire and she manages to defeat or rather deflect one of the most powerful attacks in the entire Nasu-verse. 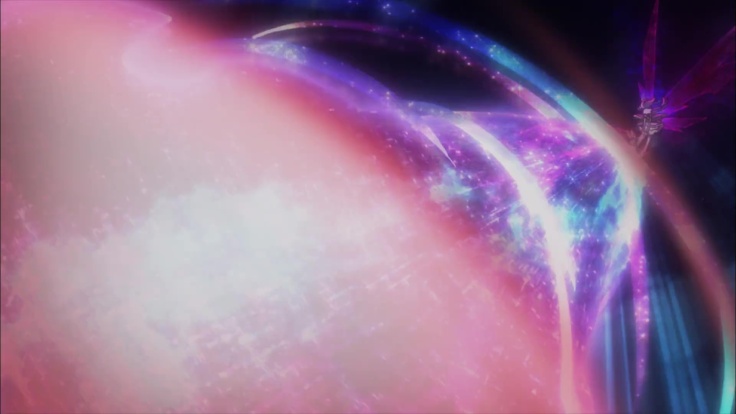 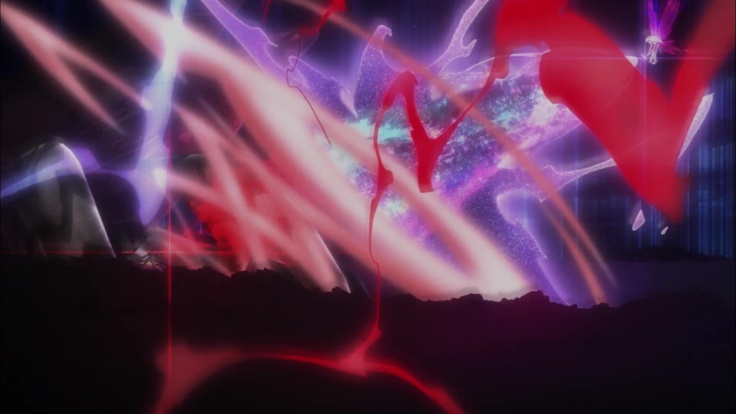 And Illya manages to reach inside and save Miyu from her darkness and pull her out. 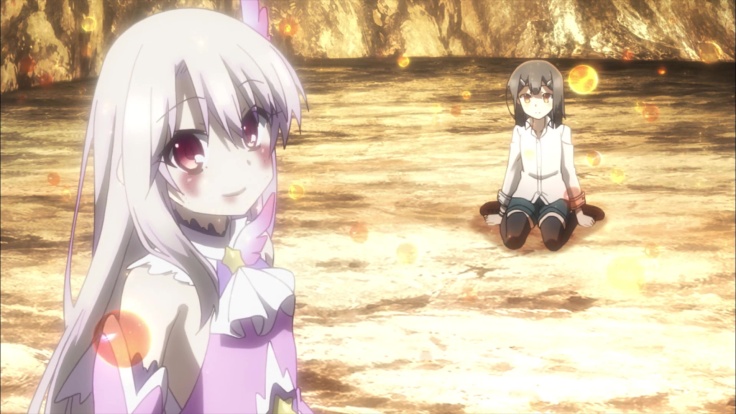 And that’s it. I’m serious. Silver Link dropped the ball with this because after this it’s a filler ending!

Come on, Silver Link. We were right there ready for the set up for Drei but you just give us lolis doing their summer homework right after this!

All in all, Fate/Kaleid Liner Prisma Illya Zwei Herz was tragically but truly doomed from the start the second they finished the first part.

Simply put they didn’t have enough material to warrant doing another season of the Zwei material. They should have just finsihed all the Zwei material in one season then waited until Drei got some chapters under its belt before adapting Drei.

However since they didn’t, we have this. It’s not a bad adaptation. The art, the music, and the characters are done well. It’s just so much filler there…

All that gives me hope is this. 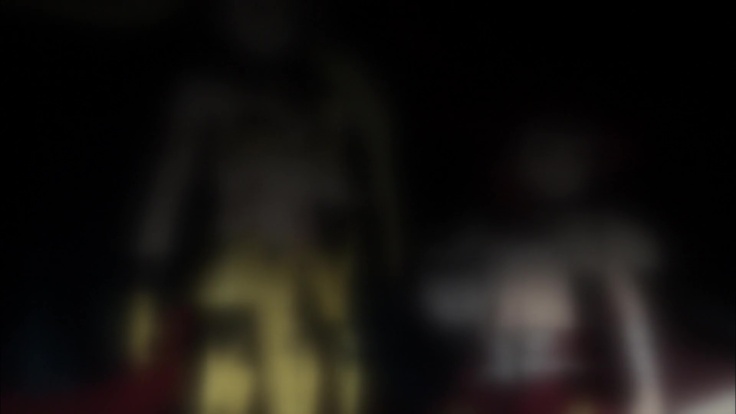 This grainy hint picture at the end of the credits is the hint for the next season, Drei. And Silver Link has confirmed that Drei will come. 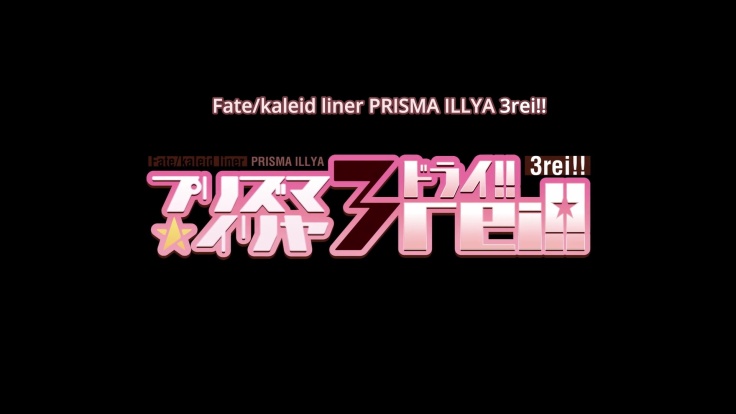 So I give Fate/Kaleid Liner Prisma Illya Zwei Herz a 5 out of 10. Which is shocking for me since I’ve never given a score lower than a 6.

I’m hoping that Fate/Kaleid can do well and rebound from this with Drei.

So until the next season with Drei,
Later Days 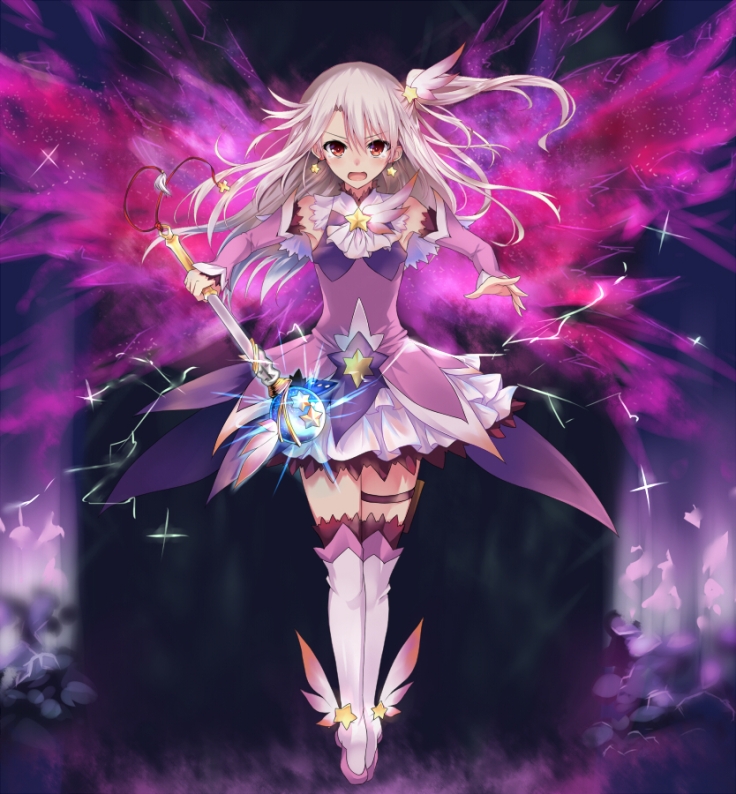 Illya’s ready to risk everything to save a friend. Those Emiyas and their ideals… I get my pics from Zero-chan not Pixiv.