It’s time again for Monthly Manga and this time is a good little spinoff. 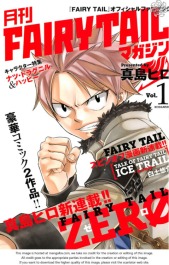 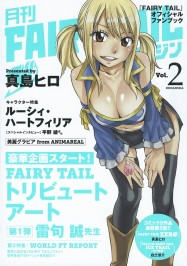 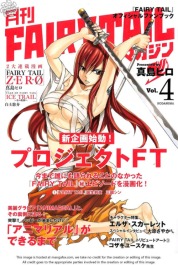 Ah something from the ever loved world of Fairy Tail. Actually how I got into Fairy Tail is pretty simple. I had a senpai on the Mangafox forums and she was a big fan of Fairy Tail particularly Erza. She kept asking me to check it out so I did one day and I’ve never looked back.

Now let’s get to the review:

The art is standard of Hiro Mashima which is to say it’s beautiful most of the time. Mavis is freaking adorable. And Zeira is cute. Since it was only a thirteen chapter manga, it didn’t have any time to do any art evolution but then again Mashima didn’t really need to any since most of the characters were already drawn when they did that flashback with them back before the beginning of the Tartarus arc.

I have to say even though it was a short 13 chapter manga, it was awesome. It was something that really drew you in. Mavis had so much life and she was happy to be going out on an adventure.

The best part of the story is that Mavis was willing to go so far for her friends and to save the people of Magnolia who were being ruled by a Dark Guild.

As a whole Fairy Tail Zero has a lot of significance with the manga right now. Back in September we were in a flashback which pretty much came back right where Fairy Tail Zero left off. It was an excellent done flashback. If you don’t read the main Fairy Tail, I recommend doing it just for this one.

Mavis is literally the light and beginning of this manga. She drives everything and she’s the reason for Fairy Tail’s existence. I really enjoyed seeing how she became the Guild Master of Fairy Tail and all of her little adventures.

Zera is the worst reveal in Fairy Tail Zero. Granted everyone knew that she was just Mavis’s dead friend. However her death or rather her disappearance is what helps Mavis finally move forward into being the Mavis we know from the main series. 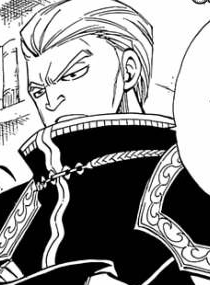 Precht doesn’t really have much impact in this manga. In my opinion, he’s only here to say that he was a founding member of Fairy Tail. That’s all. 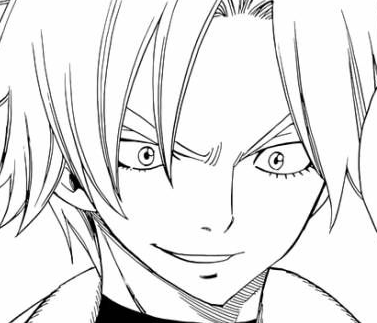 Other than Mavis herself, Yury is pretty much the most important character. Then again he only makes Mavis choose to leave the island to get the Tenrou Jade and makes her realize that Zera isn’t real. However those are things that make a massive change in Mavis.

If you’re a big Fairy Tail fan like me, this is absolutely required reading. Mavis is the main focus and we finally find out how Fairy Tail started.

From me, it gets a 8/10 for its quality and story. However the other characters didn’t go as far as Mavis. Then it is Mavis’s story and they’re just following along.

So that’s all for me this month. You can expect the November Monthly Manga around this time next month.

So until the next Monthly Manga,
Later Days
You can ask me as many questions as you want on Ask.fm and you can follow me on Twitter to know when my new reviews are coming out. You’ll know when stuff comes out right when it does! 🙂