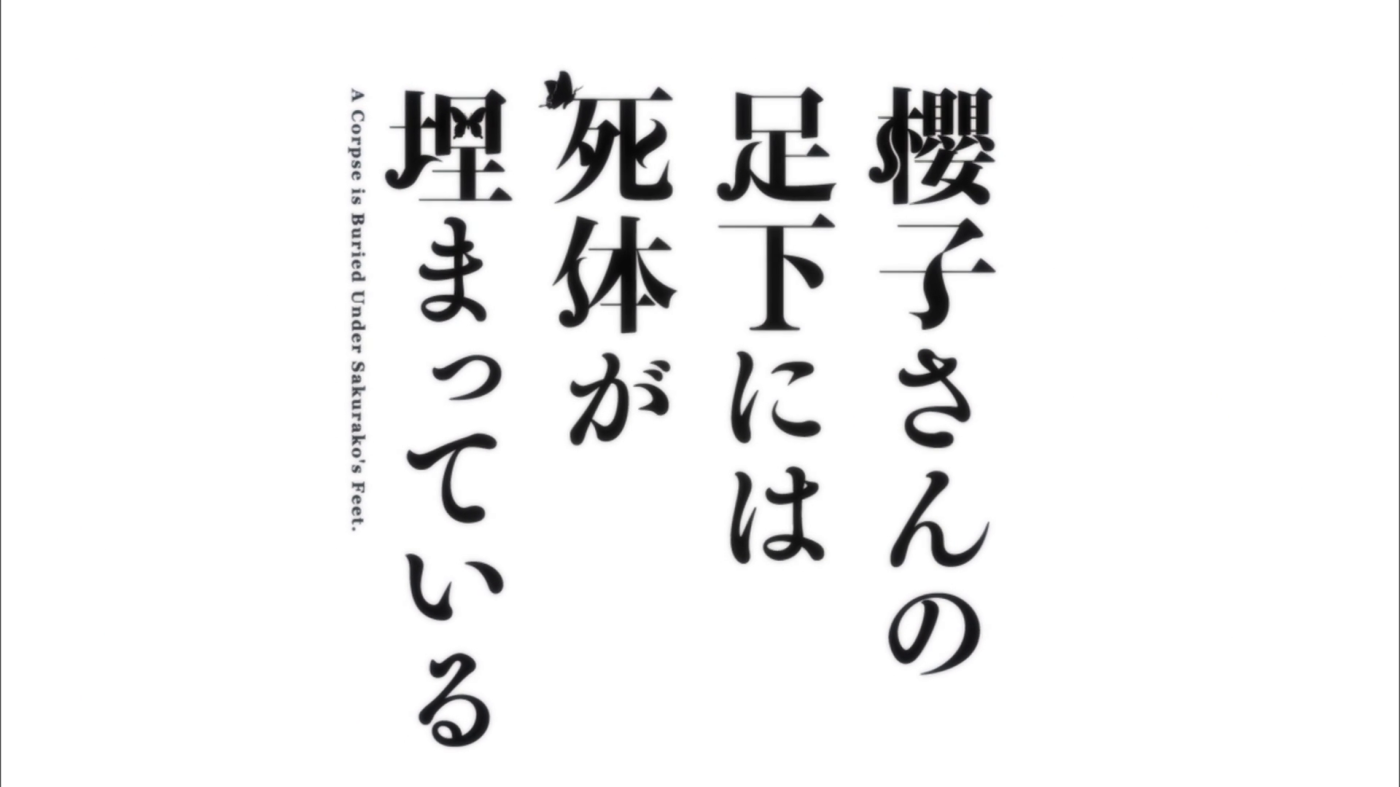 So we start this episode with very little to none Sakurako in this episode but we get a lot of Kougami this episode. I think someone’s trying to get themselves a main character spot.

We start this episode with Kougami and her friends. 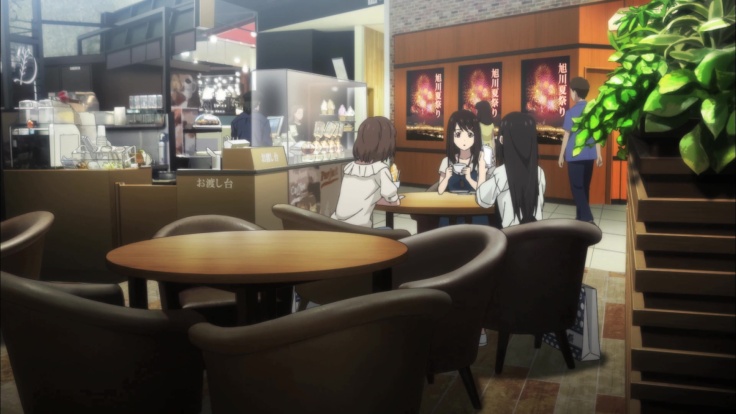 It’s summer now just like last episode and it’s time for the Asahikawa Summer Festival. You know what that means? Yukatas!

We also go over to a quick scene with Kougami and Sho. She tries to get a word in but all Sho goes on about is Sakurako. Dude, Sakurako’s hot but she’s like 25. I can understand wanting the hot older girl but he needs to go for girls his age.

So with Sho not listening, we switch to Kougami and her friends going to the festival. 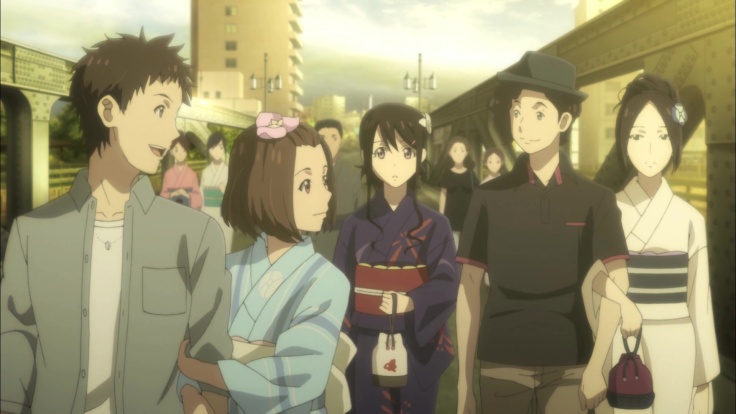 But despite that, she can keep her smile. She can keep going because she wants to become someone that can protect ones that she cares about.

How shonen protagonist of you.

So while they walk to the festival, Kougami sees this woman. 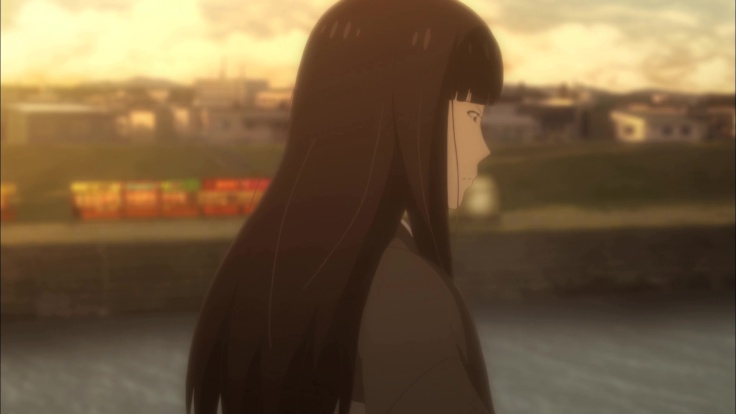 She tries to throw a letter into the river but she loses her nerve and then disappears.

Kougami picks up the letter and now we’ve got ourselves a mystery. All we need a sarcastic to make remarks… 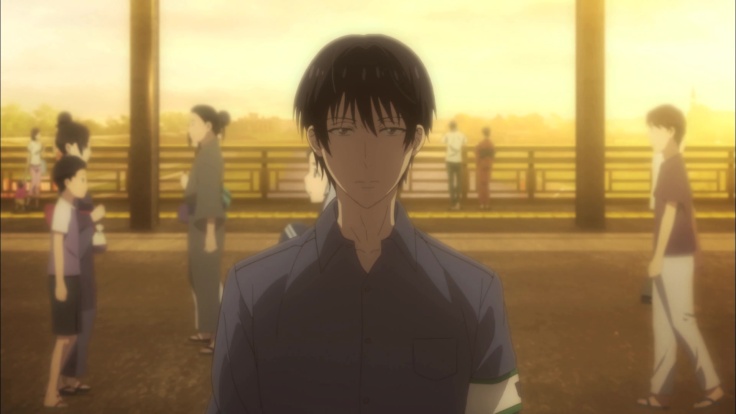 So with Isozaki-sensei Kougami’s able to learn that what’s inside the letter is a wedding ring and a letter asking forgiveness for going her to someone else.

So Kougami thinks that the woman was trying to commit suicide so being a good and upstanding person, Kougami goes around the festival trying to find her to stop her and drags Isozaki with her all the way. All the while, Kougami is calling Sho in order to get some help from Sakurako. And Utsemi helps out a bit too.

All the way Isozaki complains about whether a person has the right to stop a person from dying if that’s what they want. 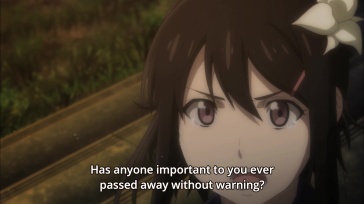 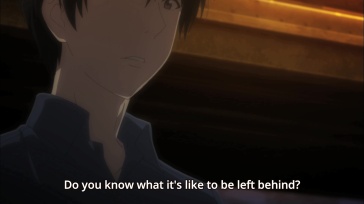 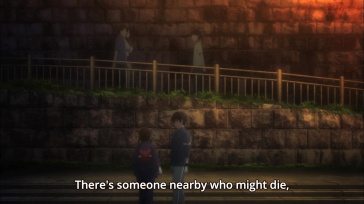 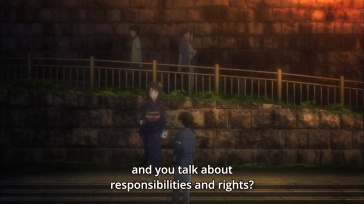 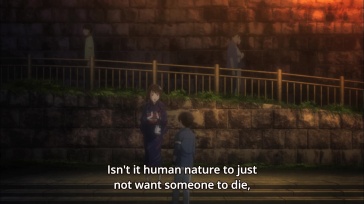 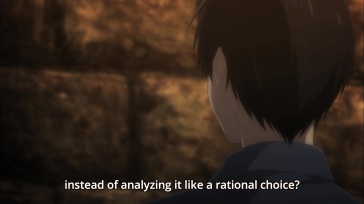 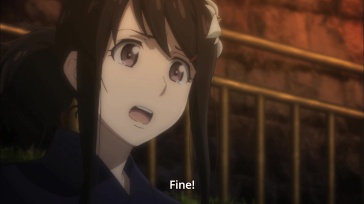 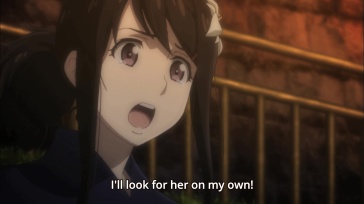 Something definitely happened with Isozaki. Kougami’s a good girl.

Despite his better interests, Isozaki doesn’t want to get in trouble if Kougami does something stupid so he’s going stay with her for one more hour…mostly because he wants to see the fireworks. 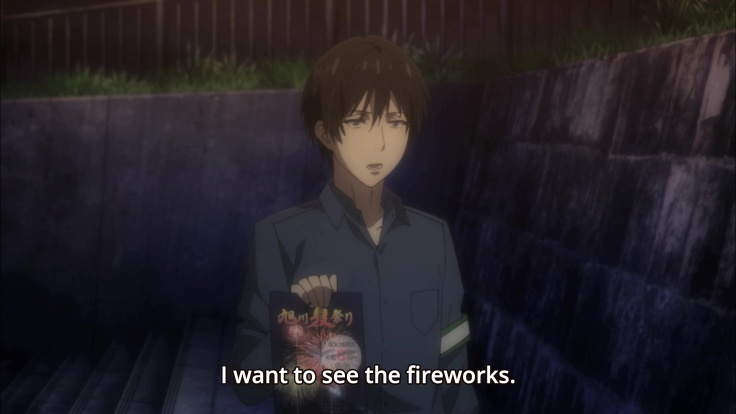 So while on her last go around, Kougami meets up with Sakurako while she’s lost in thought. 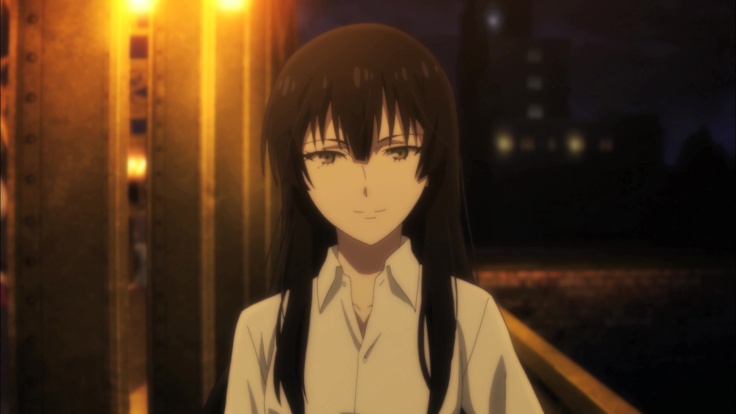 But it looks like she’s more than just lost in thought because she gets called on the loudspeaker as a lost child.

Turns out that it was Sho and now Sakurako’s mad that she was treated like a lost little girl.

But Sakurako, being Sakurako, brings the episode to a close with her clever anaylsis. Sakurako is able to surmise that the woman with the letter was not trying to commit suicide but letting go of her former love.

The ring that was found, according to Sakurako, is a rare one made out of bone. So the woman wore it to remember her lost love but apparently she’s found someone new so she came to the river to send that part of her life down the stream to the afterlife.

In Japanese mythology, rivers are often seen as portals to the afterlife.

So doing the right thing, Sakurako throws the ring into the river and with that the episode ends.

I think it was a pretty good episode. Even though Sakurako didn’t come to the end we did have a good episode. It was nice to see a bit more of Kougami. I wonder what’s up with Isozaki-sensei though.

Sakurako is definitely turning out to be a top tier anime and I can’t wait to see what happens next.

So until next time,
Later Days 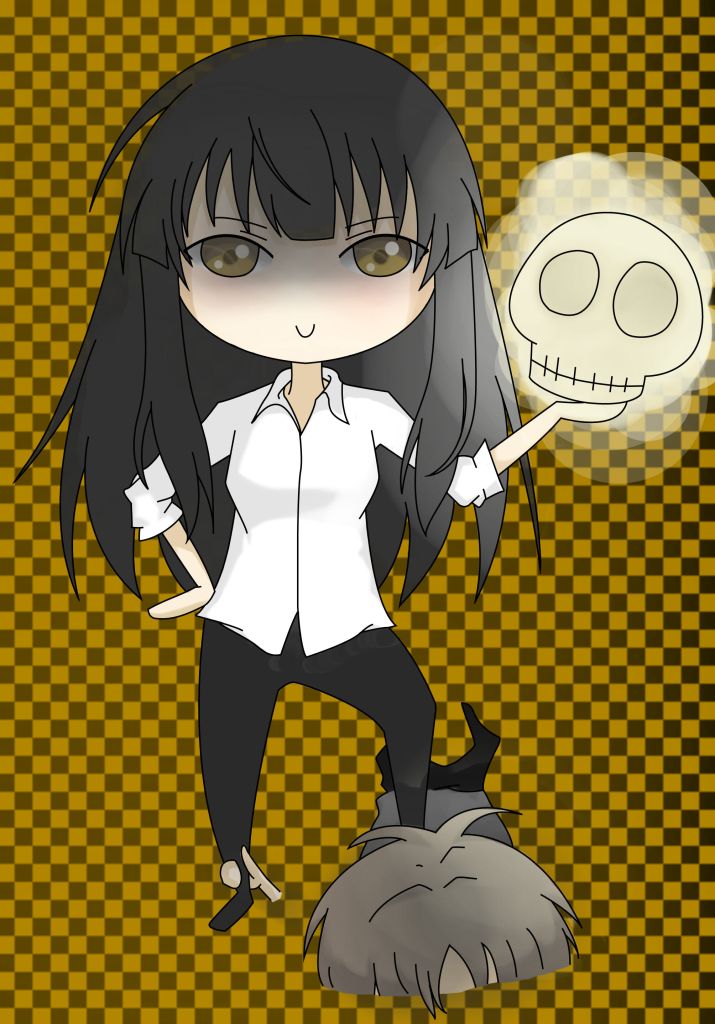 It’s clear that Sakurako is the lead in this relationship. Usually my links are from Zero-chan but they didn’t have anything good so I’m going to use Pixiv….I thought I was a loyalist…