The series is set in an alternate reality where a new, women-only, gambling sport known as “Keijo”, quickly becomes a fad in Japan since its introduction in the dawn of the 21st century. Keijo matches are held atop floating platforms, referred to as a “Land”, in large water-filled stadiums where swimsuit-clad players fight to incapacitate their opponents or push them out to the water, but they can only hit each other using their breasts or buttocks.

Nozomi Kaminashi is a gifted gymnast who decides to give up her dream of competing in the Olympics and become a keijo player instead, aiming for the high earnings offered there, in order to get herself and her younger siblings out of poverty. As she enters the world of Keijo, Nozomi soon makes new friends and rivals, while learning that the way to fame and fortune in this new, uncommon sport will have more challenges than she ever imagined.

Now coming in to this anime, you really shouldn’t expect super awesome art despite being made by Xebec, which basically translates into the top tier of the fanservice studios. It’s pretty to look at but you’re not going to visually stunned every episode.

The girls are pretty and look good. In addition all of the secret techniques of the girls are all well animated. I really like the animation for Kotone Fujisaki’s Cerberus especially when she went True Cerberus during the last arc of the anime.

There’s a phrase called “Refuge in Audacity” where if you’re going to do something stupid, illogical, or wrong, do it so over the top people aren’t going to believe you even did it.

That’s where this anime thrives and lives in. The premise of the anime is so over the top funny and laughable, I had no choice but to laugh and be taken on the ride.

In addition to this, it was framed as a sports anime and Keijo does stick to this. The rules are hard and there is no “all of sudden the rules don’t matter here”. It’s insane and laughable but it’s within its own realm to use a phrase like that. It’s that type of anime where you don’t take it seriously and just like it, the standard guilty pleasure.

In terms of characters, we don’t get a lot of development in them other really our main heroine Nozomi and a bit from Sayaka but then again this is a short anime which cut out a few parts that would be considered the prologue in order to get right into the meat of the anime. 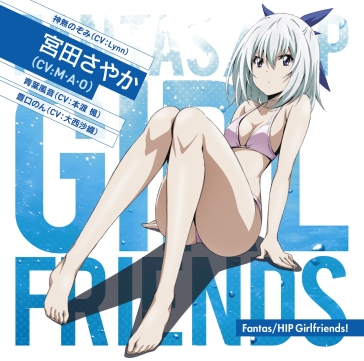 I’m not against it but it does let the characters to be just what they were at the beginning which is okay in this “not take itself seriously” type of anime.

So that’s all I’ve got. I’m back and it feels really good..

So until the next Full Season Review,
Later Days
You can ask me as many questions as you want on Ask.fm and you can follow me on Twitter to know when my new reviews are coming out. You’ll know when stuff comes out right when it does! 🙂