Let’s Look: DanMachi Sword Oratoria Episode 1-4: Another Side, Another Story Trying to get back into reviewing more and more often.

Sword princess Aiz Wallenstein. Today, once again, the strongest female swordsman heads to the giant labyrinth known as the “Dungeon” along with her allies. On the 50th floor where mysteries and threats such as a decayed dragon’s corpse that crumbles to ash and an irregularity that creeps ever closer to the party loom, Aiz calls for the wind and heads deeper into the darkness of the Dungeon. Eventually, she finds herself meeting a boy for the first time. “Um, are you OK?” In the Labyrinth City of Orario, the contrasting stories of the boy and the girl intersect

The art style is still the same as the original Danmachi. However I feel that the use of costumes were done well 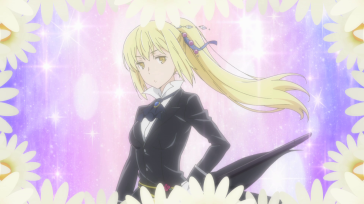 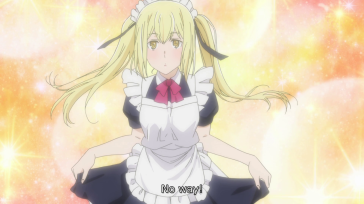 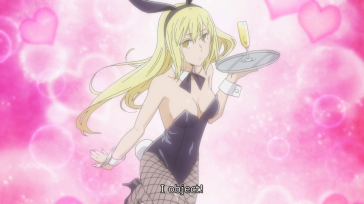 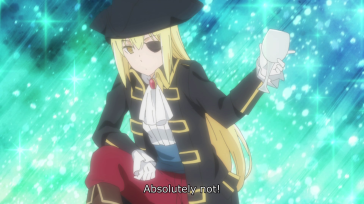 I always felt that Aiz did the awkward cute girl was done well and the anime showed that very well.

Sorry there’s subs in the screencaps. I couldn’t find something without hard subs.

In the Square Enix game, Kingdom Hearts there was a secret ending called Another Side, Another Story. This was shown in the original Kingdom Hearts as well as Kingdom Hearts Final Mix. The name could be considered a reference to Chain of Memories and 358/2.

We’re dealing with a similar concept here. The story of Sword Oratoria runs parallel to the story of the first anime, Danmachi.

However I’d argue that it’s better. Danmachi was more of the idea of multiple arcs showing the growth of Bell. However this anime doesn’t need to show any power growth because all of the Loki Familia are top class adventurers.

Episodes 1-4 set up the plot of a unique magical crystal and who’s using them and why. It makes for a good continuity because each episode is building on the other before it and after it with ever rising odds. It creates a compelling story that definitely draws me in. 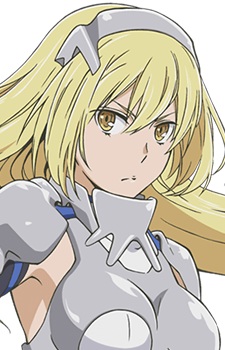 Aiz in this anime feels like a more realistic character which of course makes sense since the story is told from a combination of her and Lefiya’s perspectives. We can see her as more as the eternal goal of Bel. We can see that she’s got her own issues about her level and her own feelings of inadequacy which something she actually shares with Bel oddly. This definitely makes me love Aiz which she was already since she was adorably awkward now she’s more interesting because she’s more fleshed out as a character. 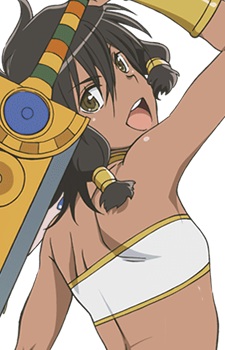 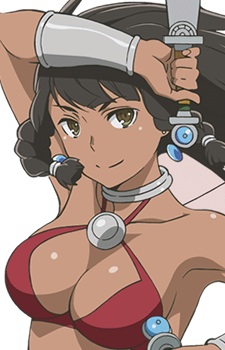 The Amazon sisters really pretty much fangirling over how Bel got so strong so fast in the original season. Here we see a lot more of them. Tiona is more of the irresponsible one with a lot of debt while Tione is more the quirky one that’s in love with the leader of the Loki Familia adventurers, Finn. How deep in love?

Now that’s dedication…they’re definitely good comedy and can lighten the mood in a more heavy story based story like Sword Oratoria. 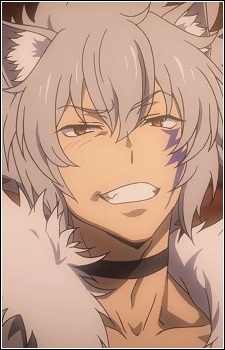 Bete is more of the same but at least we get to see a bit more of him than the usual. 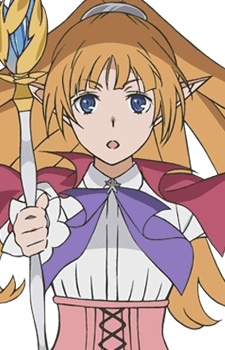 Lefiya is what could be the base breaker. She’s basically the Bel of the Loki Familia except with adding in the yuri implication between her and Aiz. She’s got potential but sometimes she can come off as annoying. I personally find her a little interesting but not enjoying her growth as much as I did Bel’s.

I should be able to get the other three parts up until episode 7 soon. So please watch out for them.

So until the next review,
Later Days
You can ask me as many questions as you want on Ask.fm and you can follow me on Twitter to know when my new reviews are coming out. You’ll know when stuff comes out right when it does! 🙂