First up for the Summer Season is Rail Wars!

The “dream railway paradise entertainment” story is set in a parallel world where Japan did not privatize its national railways. Naohito Takayama is an ordinary high school boy who dreams of a comfortable future working for the top-rated Japanese National Railways. He is assigned as a trainee in the Railways Security Force full of odd characters such as Sakurai, a troublemaker who hates men. On top of that, an extremist group called “RJ” plots to privatize the Japanese National Railways.

Now when I saw this coming up and I was doing my look around for what I was going to be watching this summer, I picked this. Why? Because it looked interesting and it wasn’t standard everyday shonen. However I also felt a bit like I should choose something more mainstream so I can get in on some of the hype of that anime. However I didn’t want to sell out.

However out of sheer luck, I got one that’s going to be a hit. Rail Wars has a lot of Seiyuu that I love.

They’ve got Jun Fukuyama from Code Geass(I haven’t really watched anything else with him.

Manami Numakura known for her work in Idolmaster but I know from last season’s Akuma no Riddle as Otoya Takechi and Gokoukou no Brynhildr’s Nanami. I know she’ll be a good addition. 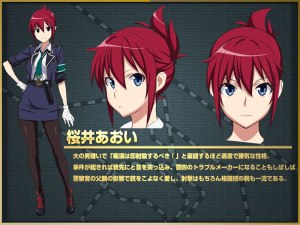 Maaya Uchida. I don’t know much she’s been in but I just saw her in Date A Live II as Kaguya Yamai and she got me hooked.

Satoshi Hino. I haven’t seen much of him other than Naruto as Sai but I think he’ll pull it off. 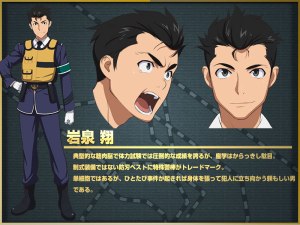 They’ve also got Mai Nakahara and Yui Horie. I know Mai as Fairy Tail’s Juvia Lockser, Kaori Fujimiya’s mother, ummm and a whole lot more. Sorry it’s late as I write this. I don’t know much about Yui Horie other than Carla but I think that’s she’s a good one. 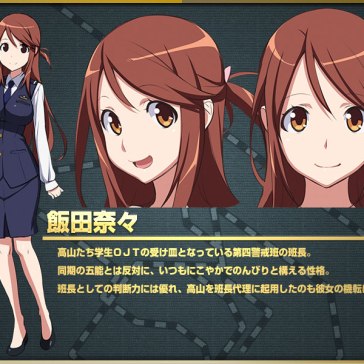 They also have Minori Chihara doing the Opening Song as well as voicing one of the characters. I made a joke with my friend Nick Corps that if Minori Chihara’s doing the opening or ending of an anime she must be in it someway. He said she might not in this one. Then a few days later she was announced to be a part of the cast. Hahaha. I know her as Yuki Nagato(The Melancholy of Haruhi Suzumiya), Miku Izayoi(Date A Live II), and Anatasia Nasuhara(OniAi).

Don’t say thing about OniAi. I watched that one on a bet. Friend bet me that I’d get disgusted with the sheer amount of wincest in the anime. He lost and I got twenty bucks. I’m actually looking forward to its second season if they ever have one.

All in all I think that Rail Wars is going to be one of the hottest(pun not intended) animes of the season so I suggest you check it out and look at my reviews on it.

Side Note: Sorry for the reviews not coming out as fast. Internet at home is bad. It’s hard to get the episodes to watch and get the pictures. I download them at the library and then watch them at home. I was going to post Akuma no Riddle Episodes 11 and 12 but I forgot to put the files on my flashdrive. I’ll have them up by tomorrow or later this evening.