The story takes place in the fictional city of Orario to when gods all came down seeking excitement, limiting their divine powers to perceive and experience the hardships that thrives on the lower world. Offering mortals to fight monsters assorted in an underground labyrinth known as Dungeon . Adventurers visit the dungeon to defeat monsters and take their crystal shards, which are used to craft magic items, among other treasures; however, they can also be exchanged for the world’s currency. The people of Orario join groups called Familia , who serve a range of functions from dungeon crawling to crafting items. Each Familia is named after and serves a resident deity. In a fashion similar to role playing games, the adventurers are grouped into levels, increasing their levels and abilities according to their achievements

Episode 6: The feel of the episode is supposed to be very…well lewd and creepy which it fits to a tee. I have to say it was all fine and dandy until Phryne came on the screen. Then that reminded me that Bell is a 14 year old boy with not a lot of experience with women. And now he’s stuck in a brothel of women probably anywhere between their 20s and 30s. Even more so that they’re Amazons from what we learned in Sword Orario, they’re an all female species that can only give birth to girls so they go out of their villages to find men to sire children with and they especially like powerful men. Poor Bell was going to…well have a bad time if he didn’t manage to escape. And the change from “Wow he’s lucky” to “My boy’s in danger” was well done in my book.

We’ve gone into a new arc which will probably be the arc that the anime ends on. Welf, Bell, and Lili notice that Mikoto is leaving at night to go to the “Entertainment District” of Orario with her old Familia member Chigusa. They call it an Entertainment District but let’s not lie, it’s a Red Light District…

While tailing Mikoto and Chigusa, Bell gets lost and cut off from Welf and Lili. And then our story properly begins. We get the story of why Mikoto and Chigusa are here and Bell gets introduced to the person that the girls were probably looking for Haruhime, a young prostitute for the Ishtar Familia. May I add that this version of Ishtar is rather cool to say the least since maybe I’m spoiled by the Fate/Grand Order version of her who’s spirit is hosted by Rin Tohsaka. Rin definitely de-fangs Ishtar and makes her both laughable and adorable at the same time, creating the Useless Goddess meme that is been with her for a while. It’s nice to have a series that displays and reminds people that Ishtar is also a goddess of war and destruction.

So after meeting with Bell, and having conversation about the stories they both enjoy reading, Haruhime does comment that she is unworthy of being the princess in the stories she enjoys so much since she’s been sullied by her work. Bell tries to interject but Haruhime is firm in her belief and tells him that it’s time for the sun to rise so she can sneak him out of the District safely. The episode ends with Ishtar, who received a package from Hermes earlier in the episode, plotting to take Bell away from both Hestia and Freya.

He’s not a harem protagonist but I feel that Bell has a better reason to be awkward around girls because of his lack of experience and his youth. I also loved his little geek out moment with Haruhime about the stories and plays they both love. You can tell by the end of their conversation that Bell really enjoyed their conversation and firmly disagrees with Haruhime’s view of herself. 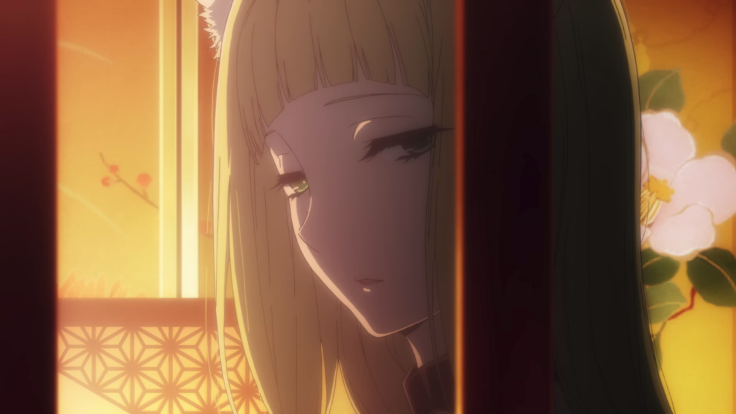 Haruhime is a really interesting character in my book. Not to be on a soapbox but she could easily remind people who talk bad to people have less honorable job, that these people are just that, people. She has feelings, emotions, dreams,  and hobbies. And it tears my heart up to hear her say that she’s broken after what she’s done on the job. The only thing that I don’t like is that the author tries to have their cake and eat it too. What I mean is that Haruhime faints at the sight of seeing Bell’s collarbone yet a scene or two later, she casually comments that she’s shared her bed with a fair few men. It just feels like it’s trying to do two things at the same time and not committing to either.

So until the next Full Season Review, 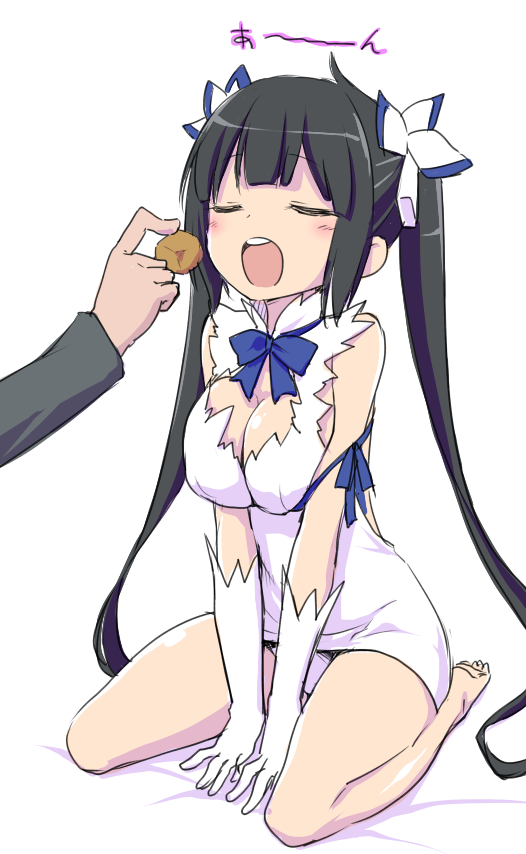 Make sure to feed your damegami regularly