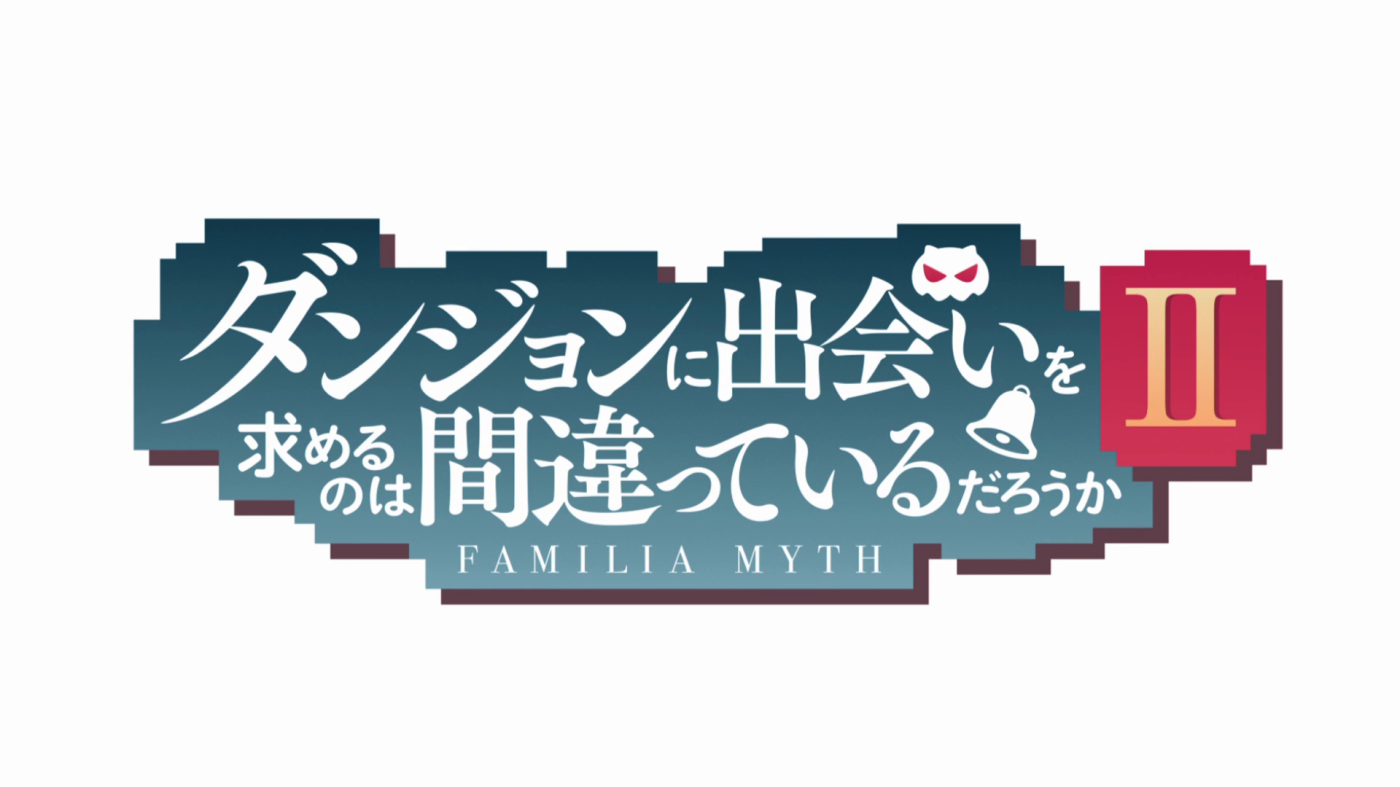 It’s good to see you. How you been? We’re back. Both me and Danmachi!

The story takes place in the fictional city of Orario to when gods all came down seeking excitement, limiting their divine powers to perceive and experience the hardships that thrives on the lower world. Offering mortals to fight monsters assorted in an underground labyrinth known as Dungeon . Adventurers visit the dungeon to defeat monsters and take their crystal shards, which are used to craft magic items, among other treasures; however, they can also be exchanged for the world’s currency. The people of Orario join groups called Familia , who serve a range of functions from dungeon crawling to crafting items. Each Familia is named after and serves a resident deity. In a fashion similar to role playing games, the adventurers are grouped into levels, increasing their levels and abilities according to their achievements

Episode 4: The anime continues to look good and I really like the action scenes of the magic swords as well as Mikoto’s magic. But I really enjoy Bell’s battle against Hyakinthos and the magic that Hyakinthos uses.

Episode 5: Not much to talk about but Mikoto’s bath has to be one of the coolest things in the episode and definitely agree with Mikoto that it’s really good.

Nothing to talk about since this is mostly an episode to transition us to the next arc. The look on Hestia and Bell’s faces once the debt is revealed is absolutely hilarious.

The story was pretty good. We have the action of the War Game between the Apollo Familia and the Hestia Familia including Welf and Mikoto who converted from their respective Familias in order to help and Lili who joined Hestia and Ryu coming to help. Their strategy of using an infiltration style traitor to sabotage the castle from the inside which is much better plan than just trying to force their way in with brute force, which granted was possible using Ryu to leading the charge because of her status as a lv. 4 adventurer. So because of Lili’s ability Cinder Ella to transform into one of the Apollo Familia members, the siege was broken before it even started. This lead to the Hestia Familia’s victory which leads into episode 5.

Now that the Hestia Familia has won, they take the Apollo Familia’s mansion and call Hearthfire Mansion and they give it all sorts of renovations such as a traditional Japanese bath for Mikoto, a forge for Welf, and so on. However it comes out that Hestia hasn’t paid the debt she owes to Hephaestus so everyone that was interested in joining the Hestia Familia after seeing them do work in the War Game is uninterested after seeing that. I don’t blame them. And the episode ends with a brief shot of our mysterious blonde fox girl.

I can’t ever explain it about Bell sometimes. He’s adorable and kind of OP but in an endearing way. It’s all legitimatized and we see his growth to be what he is. He’s not handed what he has, well not entirely. Sure he gets a fast growth rate but he still has to get out there and earn that exp. That makes him worth while for me. You see him struggle and want him to win.

Hestia oh Hestia. Why didn’t you tell anyone about how expensive the knife was. Bell could have been working it down over the time. Well regardless, Hestia’s charm, other than her boobs, is in her quirky and kind of damegami(useless goddess) nature. So I’ll forgive it.